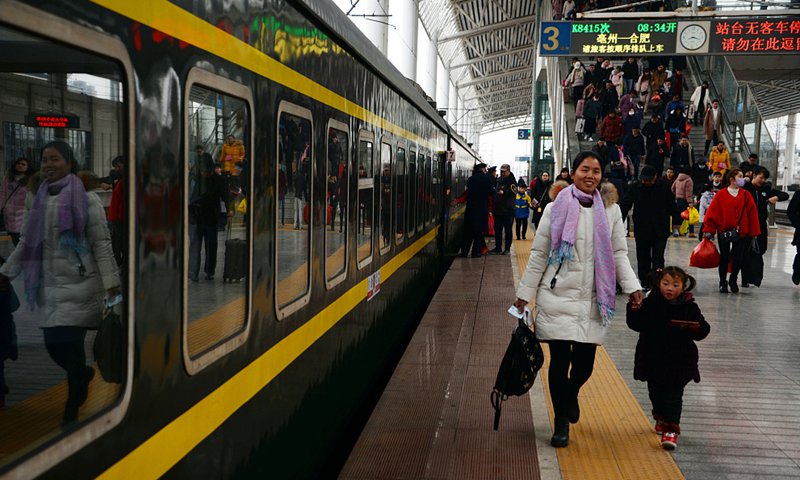 It's the fifth day of the Lunar New Year and the China Railway Corporation says that around 9-point-5 million train trips were taken on Monday, up by half a million compared with the day before.The CRC said it has dispatched 636 additional trains to accommodate the Spring Festival travel rush. Trips made nationwide by road, sea and air, have remained stable.  Meanwhile holiday sightseeing seems to be a new trend for an increasing number of Chinese during the Spring Festival break. Figures from tourism authorities show that since last Thursday, the country's sightseeing spots have hosted a staggering 287 million visitors so far. Revenues during the 4-day period hit 352 billion yuan, up more than 11 percent from last year.