CHINA China rushes to save pregnant women, newborns from coronavirus

China rushes to save pregnant women, newborns from coronavirus 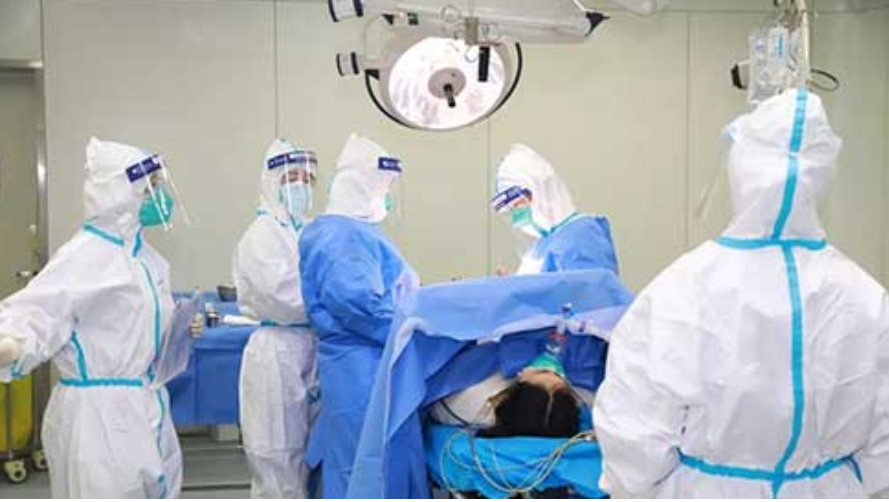 Protecting pregnant women and newborns from the deadly novel coronavirus outbreak is the focus of a recently released strategy paper on the crisis.

The issue of maternal and neonatal health risk flared up last week after a pregnant woman infected with the virus, also known as 2019-nCoV, delivered a baby in Wuhan – the epicenter of the outbreak.

Barely 30 hours after birth, the newborn became the youngest person to be infected with the novel coronavirus.

While a section of experts believe the virus passed on from mother to child, many scientists argue the newborn came in contact with the infection after birth.

As confusion prevails over the transmission route of the virus, another infected woman in Harbin City, northeast China's Heilongjiang Province, delivered a healthy baby on January 30, weakening the speculation over mother-to-child transmission.

Moreover, in previous outbreaks of coronavirus, no evidence of mother-to-child transmission was found.

Under such a scenario, preventing transmission in the hospitals of Wuhan battling with the influx of fever patients becomes a priority.

But the task doesn't appear to be easy as the city witnessed 120,000 births last year. An estimated 5,000 pregnant women gave birth in the past half month, according to China Daily.

With China's elderly population on the way to crossing the 400 million mark by the end of 2035, saving the lives and health of newborns to maintain a young workforce is a national priority.

Strategy to stop 2019-nCoV from mother to child

In order to protect newborns from getting infected with the novel coronavirus, a team of researchers published a "contingency plan" for front-line hospitals and caregivers in the journal Lancet on February 7.

"Avoid breastfeeding from mothers with probable or laboratory-confirmed 2019-nCoV infection until the recovery of confirmed mothers," researchers wrote in the comment section of the journal.

The immune systems of babies are underdeveloped, so they are more susceptible to a range of infections.

The strategy would be updated as more data about the new virus are available, researchers added.

"Most of our recommendations are based on lessons learned from existing and previous experiences with coronavirus outbreaks in adults and children," they said.

In the case of MERS, a study of 11 pregnant women found 10 facing "adverse outcomes," with six newborns rushed to intensive care, and three infants died.

Since the novel coronavirus has similar pathogenic similarity to MERS and SARS, "Pregnant women are at increased risk of severe infections," said correspondence published in the same journal.

Casualties caused by the novel coronavirus surpassed those of SARS on Monday.  It has claimed more than 900 lives and infected 40,000 in China and other countries.