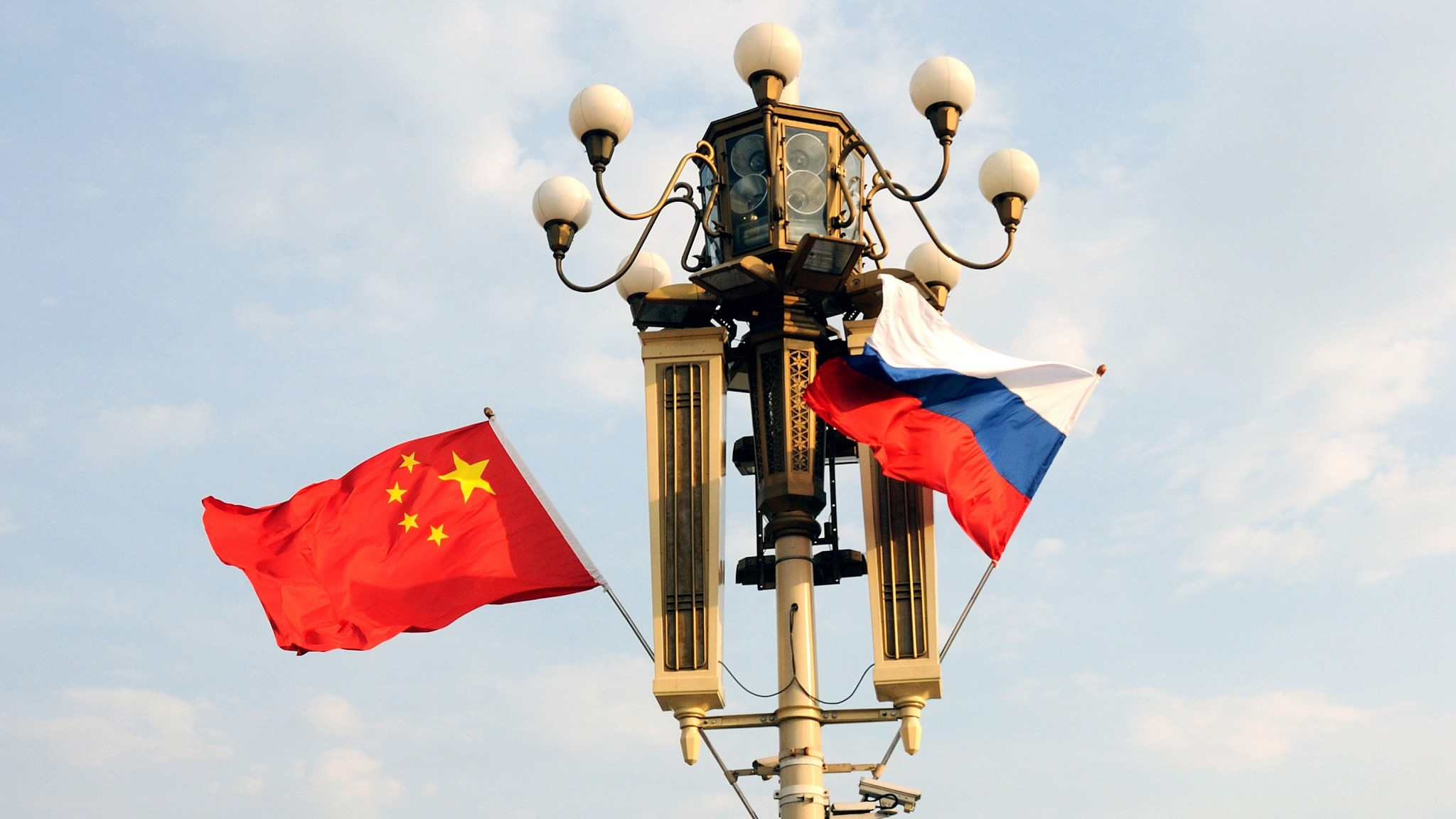 MOSCOW, June 5 (Xinhua) -- China and Russia agreed on Wednesday to upgrade their relations to a comprehensive strategic partnership of coordination for a new era.

The decision was made at a meeting between visiting Chinese President Xi Jinping and his Russian counterpart, Vladimir Putin.

During the meeting, the two heads of state highly evaluated the development of bilateral ties over the past 70 years, agreed to uphold the notion of good neighborliness and win-win cooperation, develop a comprehensive strategic partnership of coordination for a new era in a bid to take bilateral ties to a higher level and better benefit the peoples of the two countries and the world as well.

Xi noted that it is his first state visit to Russia following his re-election as Chinese president last year, and is the eighth time he travelled to the country since 2013, saying that the China-Russia relationship is seeing a continuous, steady and sound development at a high level, and is at its best in history.

Both sides, said Xi, have firmly supported each other in their efforts to defend respective core interests and nurtured strong political and strategic mutual trust, adding that they have actively pushed forward all-around cooperation as internal driving forces of bilateral ties are emerging, and the convergence of the two countries' interests is deepening.

China and Russia have played active roles in international affairs and global governance, and made important contributions to maintaining world peace and stability as well as international fairness and justice, he said.

The Chinese leader noted that this year marks the 70th anniversary of the China-Russia diplomatic relationship, calling it a milestone and a new starting point.

Acknowledging the world is undergoing profound changes unseen in a century, Xi said China and Russia shoulder an even greater expectation from the peoples of the two countries and the international community.

He added that the Chinese side is ready to join Russia in amplifying the positive effect of the two countries' high level of political relationship, bringing more benefits of bilateral cooperation to the two peoples, and presenting more China-Russia options for global affairs.

Noting that the world today is becoming increasingly uncertain and unstable, Xi said enhancing the China-Russia relationship is the call of history, and a firm strategic choice by both sides.

He called on the two sides to strengthen strategic communication and coordination, and further their mutual support on issues regarding their respective core interests.

Xi also urged the two countries to further promote their economic and trade cooperation, push forward cooperation on major strategic projects as well as in emerging fields at the same time, and boost cooperation at local levels, and in economy and trade, investment, energy, technology, aerospace, inter-connectivity, agriculture and finance sectors.

The two sides, according to Xi, should actively push forward their cooperation to dock the Belt and Road Initiative (BRI) and the Eurasian Economic Union so as to promote regional economic integration.

To step up people-to-people exchanges, Xi said the plan for the China-Russia year of scientific and technological innovation from 2020 to 2021 should be well designed.

He said China and Russia, both permanent members of the UN Security Council, are going to continue working with the international community to safeguard the international order that is based on the international law with the UN at the core, maintain multilateral trading system and make new contributions to the building of a community with a shared future for mankind.

Putin warmly welcomed Xi for his visit, saying that with joint efforts from both sides since the establishment of diplomatic ties 70 years ago, the Russia-China relationship has reached an unprecedented high level, and the two countries' all-around exchanges and cooperation have been fruitful.

The Russia-China comprehensive strategic partnership of coordination has not only benefited the two peoples, but has also become an important force for safeguarding global security and strategic stability, he said.

Putin called on the two countries not to be complacent about what they have achieved, but be dedicated to bettering their bilateral relations.

Xi's visit is of great significance in the complicated and volatile international situation, and it will inject strong impetus into the development of the Russia-China ties in the new era, Putin said.

Russia and China should continue to strengthen coordination on major international and regional issues, jointly deal with the challenges of unilateralism and protectionism, and maintain global peace and stability.

The Russian leader said his country is committed to deepening cooperation with China in the fields of economy and trade, agriculture, finance, science and technology, environment protection, telecommunications and infrastructure construction.

Russia is willing to boost interactions at local levels, and promote exchanges in education, culture and tourism, according to him.

Putin also said Russia is ready to provide China with sufficient oil and gas, and export more soybeans and other farm produce to China, and expects a faster alignment between the Eurasian Economic Union and the BRI.

Also at the meeting, Xi and Putin were briefed by officials from both countries on bilateral cooperation in priority areas, and they exchanged views on the Korean Peninsula situation, the Iran nuclear issue and the Venezuela issue, among others.

The two heads of state agreed to step up communication and coordination in the United Nations, the Shanghai Cooperation Organization, the BRICS, the APEC, and the G20 to jointly safeguard multilateralism and the norms of international relations.

Following the meeting, Xi and Putin signed the statements on elevating bilateral ties to the comprehensive strategic partnership of coordination for a new era, and on strengthening contemporary global strategic stability.

According to the joint statement on the strategic partnership, the China-Russian relationship has entered a new era, and is facing new opportunities for greater development.

It said that the goal of such a new kind of partnership is for both sides to give more support to each other as they seek to take their own development paths, preserve respective core interests, and protect sovereignty and territorial integrity.

Therefore, said the statement, the two sides will closely coordinate with each other in aligning their development strategies, expand mutually beneficial cooperation in economy and trade, as well as investment, and further tap into the potential of bilateral ties.

The statement also said the two sides will give full play to the guiding role of the two heads of state in developing bilateral ties, and will regard political, security, practical, people-to-people exchanges, as well as international coordination cooperation as priorities of the China-Russia partnership.

The two leaders, after their meeting, have also witnessed the signing of a number of cooperation documents, met the press, visited an exhibition of cars produced by Great Wall Motors' plant in Russia's Tula region, and attended the inauguration ceremony of the panda house in Moscow Zoo.

Before their meeting, Putin held a grand welcome ceremony for Xi at the Kremlin.