BEIJING, Aug. 26 (Xinhua) -- A joint military exercise between China and Russia, code-named ZAPAD/INTERACTION-2021, has charted the course for a new high-point in bilateral relations, opened new horizons for military drills between major countries, and explored new models for planning exercises together, a Chinese military spokesperson told a press conference on Thursday. 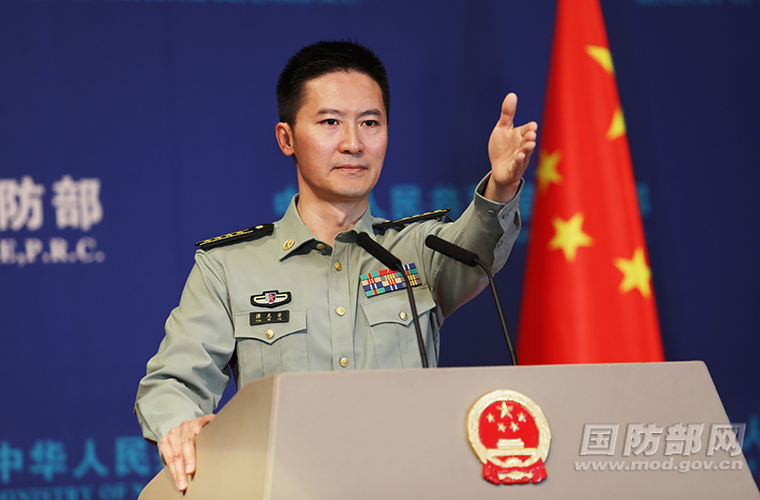 The joint military drill was held from Aug. 9 to 13 in northwest China's Ningxia Hui Autonomous Region. It concluded with great success and achieved the targets of deepening China-Russia strategic mutual trust, strengthening exchanges and cooperation between the two countries, and unleashing their combat capabilities, said Tan Kefei, spokesperson for the Ministry of National Defense.

In one of the highlights, Chinese State Councilor and Minister of National Defense Wei Fenghe and Russian Defense Minister Sergei Shoigu observed the exercise, held talks and observed the signing of cooperation documents, according to the spokesperson.

For the first time, the Russian military was invited to China on a large scale to participate in a strategic campaign exercise organized by the Chinese side, Tan said.

Li Zuocheng, a member of the Central Military Commission (CMC) and chief of staff of the CMC Joint Staff Department, served as the general director of the exercise. He attended the opening ceremony and gave the order for the exercise to begin. It marked a new beginning for the Chinese military to conduct high-level exercises in an open and joint manner, said the spokesperson.

During the exercise, the Chinese and Russian troops were mixed into groups, made exercise plans together and carried out joint operations on the same battlefield.

A command information system specially designed for the two militaries was applied during the drill and the participating troops were able to carry out effective coordination thanks to the information system, said the spokesperson.

Tan said the military exercise demonstrates the determination and ability of both sides to jointly deal with security threats, and safeguard regional security and stability.

In the future, Tan said the two militaries will enhance strategic communication and practical cooperation, and continue exploring new models of international military cooperation, so as to add new dimensions to the China-Russia comprehensive strategic partnership of coordination for a new era.