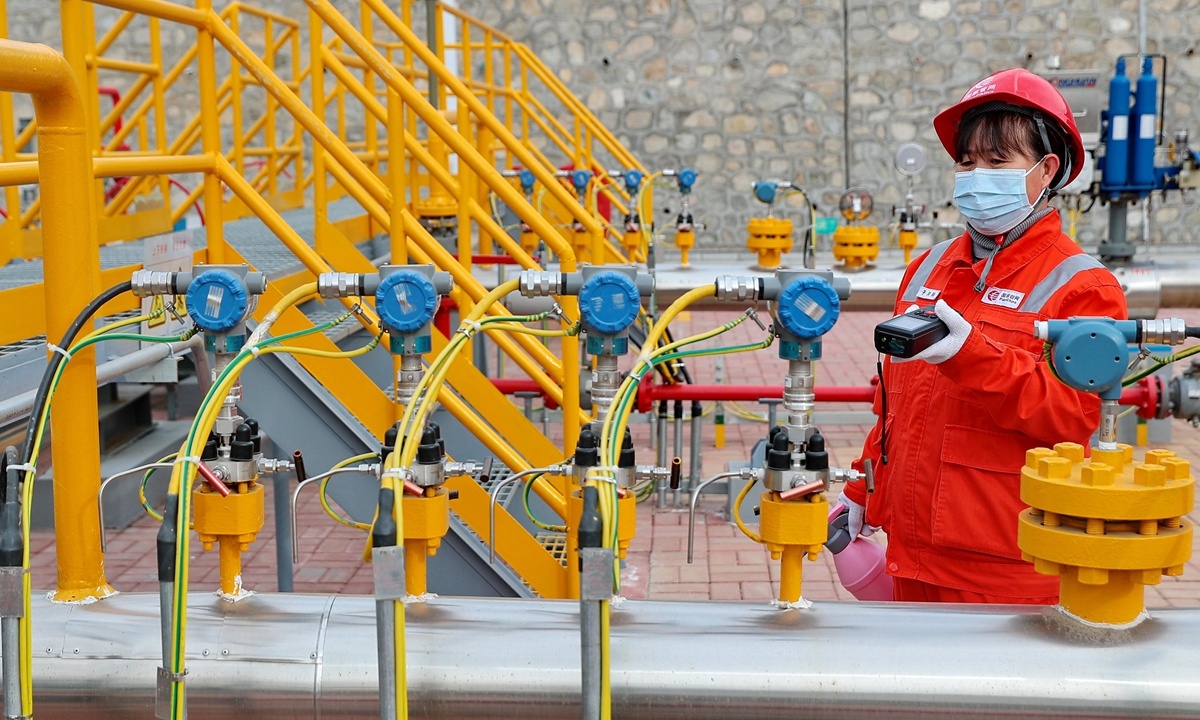 Russian natural gas has been used in Northeast China's Heilongjiang Province, Beijing and Tianjin. The pipeline system is the largest long-distance intelligent natural gas transmission system in China, according to the Harbin customs in Heilongjiang.

The full China-Russia east route is a pipeline system spanning more than 8,000 kilometers. It transmits natural gas from Siberia to nine provincial-level regions in China.

The northern section was put into use in December 2019 and the middle section in December 2020. The southern section is under construction and is expected to be completed and put into operation in 2025. By then, the daily gas transmission capacity will exceed 50 million cubic meters, nearly three times higher than the current capacity.

China imported natural gas from 24 countries last year. The top five sources of imported pipeline gas are Turkmenistan, Uzbekistan, Kazakhstan, Myanmar and Russia, according to statistics from the Ministry of Commerce.