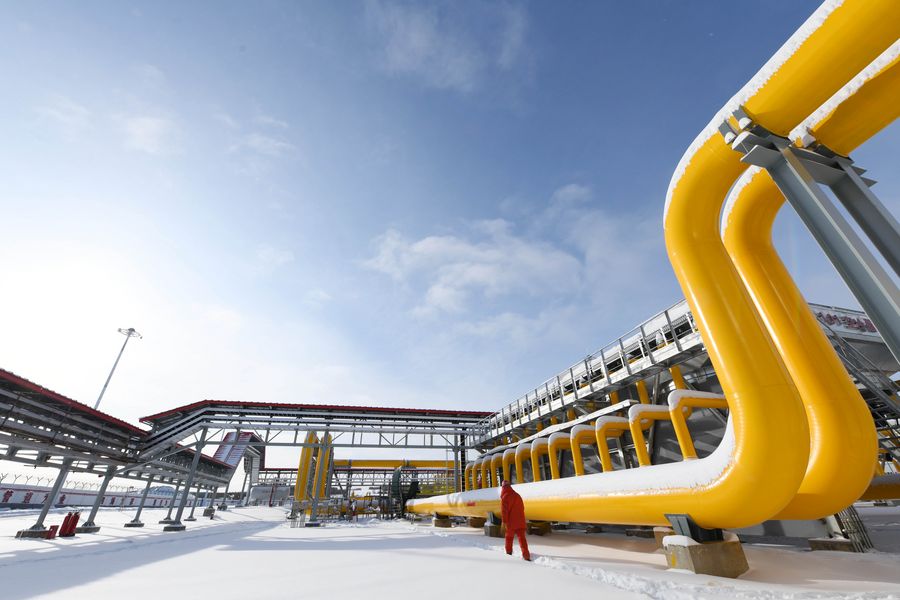 "East-route natural gas pipeline is a landmark project of China-Russia energy cooperation and a paradigm of deep convergence of both countries' interests and win-win cooperation," Chinese President Xi Jinping told his Russian counterpart Vladimir Putin via a video call in Beijing Monday afternoon, as the two heads of state jointly witnessed the launching ceremony of the pipeline.

Xi congratulated the launch of the pipeline and expressed appreciation to the construction teams from both countries. 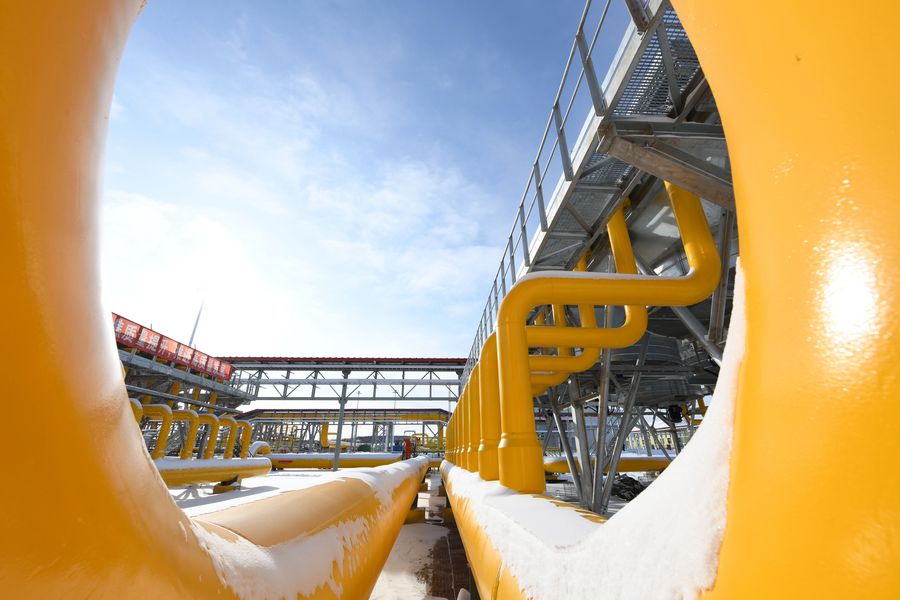 Construction work on the Chinese part of the east-route pipeline began in June 2015. Entering China via the border city of Heihe and running through nine provinces, municipalities and autonomous region, the pipeline has also been connected with existing natural gas networks in China to allow the Russian natural gas supply to reach China's northeast, Beijing-Tianjin-Hebei and the Yangtze River Delta regions.

On Monday, at the gas-distributing and compressing station in Heihe, northeast China's Heilongjiang Province, the data screen was switched on, indicating parameter variations of the gas passage.

"This will effectively optimize the country's energy consumption structure, mitigate air pollution along the route and keep our skies blue," Sun said.

The project is a successful example of China's practice of the concept of "mutual benefit and win-win" in international cooperation, and it combines the advantages of Russia's abundant resources and China's vast market, said Ma Youjun, an expert with the Heilongjiang Provincial Academy of Social Sciences.

It will also boost the development of Russia's Far East, according to Ma.