Warships from China and Russia have embarked on the second joint naval patrol in the Pacific Ocean shortly after the Russia-led Vostok-2022 strategic drills earlier this month, a move experts said on Thursday will demonstrate the two countries' responsibility as major powers and contribute to regional peace and stability. 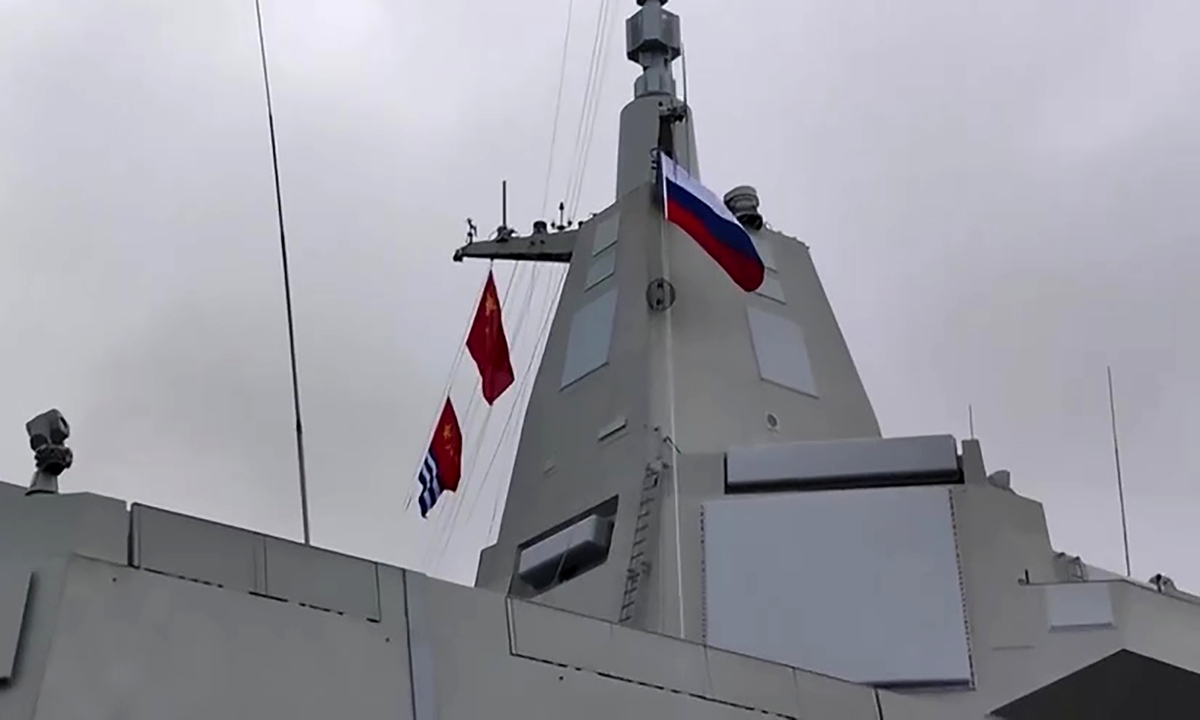 The Type 055 large destroyer Nanchang attached to the navy of the Chinese People's Liberation Army (PLA) Northern Theater Command is seen during deployment as part of the Russian Vostok 2022 strategic military drills lasting through September 7, 2022. The Russian Defense Ministry published footage of the meeting of the two countries' warships in the Sea of Japan on September 2, 2022. (Photo: VCG)

During the patrol, which is part of the implementation of the military cooperation program between China and Russia, the two countries' warships will conduct joint tactical maneuvering, communications between the ships in the group, and exercises involving live-fire artillery shooting and flights of vessel-based helicopters, according to a press release by the Russian Defense Ministry on Thursday.

The tasks of the patrol are to strengthen naval cooperation between China and Russia, maintain peace and stability in the Asia-Pacific region, monitor the sea area and safeguard maritime economic activities by China and Russia, the press release said.

The same Chinese vessels participated in the Russian Vostok-2022 exercises from September 1 to 7, which saw warships from the two countries conducting drills in the waters and coastal zones of the Sea of Japan and the Sea of Okhotsk, according to previous media reports.

The latest joint naval patrol is the second one by the two countries, as the Chinese and Russian navies formed a joint flotilla after the China-Russia Joint Sea-2021 military exercise in October last year and sailed across the Sea of Japan, the West Pacific and the East China Sea in seven days in their first joint naval patrol, marking a circumnavigation around Japan.

As part of the scheduled military cooperation, the joint patrol does not target another party and is not related with the current regional and international situation, a Beijing-based military expert told the Global Times on Thursday, requesting anonymity.

The joint patrol will practically enhance the two navies' capabilities in jointly dealing with traditional and non-traditional maritime threats, and shows the two major powers' responsibility in contributing to peace and stability in the region, the expert said.

China and Russia will continue to hold military cooperation activities in the future, the expert said.