High-level strategic interactions between China and Russia are getting increasingly frequent as a Chinese top diplomat will visit Russia for a new round of strategic security consultation this week. 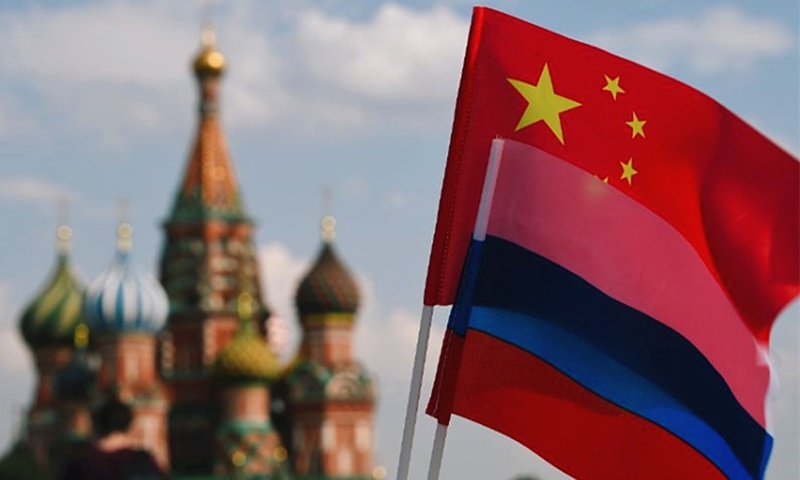 Frequent interactions between Beijing and Moscow show great mutual-trust and interdependency. These interactions are necessary amid the rising pressure and hostility from the US. China-Russia cooperation will not just affect the continents of Europe and Asia but also have a global significance, said Chinese experts.

At the invitation of Secretary of the Security Council of the Russian Federation Nikolai Patrushev as well as the governments of Slovenia and Croatia, Yang Jiechi, a member of the Political Bureau of the Communist Party of China (CPC) Central Committee and director of the Office of the Foreign Affairs Commission of the CPC Central Committee, from Monday to Thursday, will be in Russia to hold the 16th round of China-Russia strategic security consultation. He will also pay official visits to Slovenia and Croatia, Foreign Ministry spokesperson Zhao Lijian announced on Sunday.

The upcoming China-Russia meeting will take place just a few days after the top leaders of the two countries witnessed the groundbreaking of key cooperative nuclear energy projects last week. The foreign ministers of the two sides also met in March after the China-US “2+2” dialogue in Alaska.

The 15th round of the China-Russia strategic security consultation was held in China in December 2019. The 15th consultation mechanism mainly focused on the strategy and national security affairs that the two countries shared interests and concerns in, such as cooperating in international occasions to secure multilateralism and oppose US unilateralism and hegemony, as well as coordinating to promote the political settlement of hotspot issues such as Korean peninsula nuclear issue, Iranian nuclear issue, Afghanistan, Venezuela.

“The meeting this year will address more new issues such as the COVID-19 pandemic, US pullout from Afghanistan, as well as seeking more effective and sustainable mediation of Palestine-Israel conflict,” Yang Jin, an expert at the Institute of Russian, Eastern European and Central Asian Studies at the Chinese Academy of Social Sciences, told the Global Times on Sunday.

The strategic cooperation between China and Russia will not just have an effect on the regions around them, but will also have a great global significance. This meeting is likely to show a more profound and broader strategic view, and Russian officials could also use this chance to introduce their latest exchange with the US in Reykjavik last week to their Chinese counterparts, said analysts.

Yang Jin noted that the two sides could also discuss a cooperation initiative in the space exploration and nuclear energy.

Yang Jin said although Lithuania is now holding a hostile stance against China and vows to quit the 17+1 cooperation platform, China is still confident on the cooperation with other countries in the region. And Yang Jiechi’s visit to Slovenia and Croatia will also show China’s confidence and sincerity in maintaining and promoting cooperation with Central and Eastern European countries.