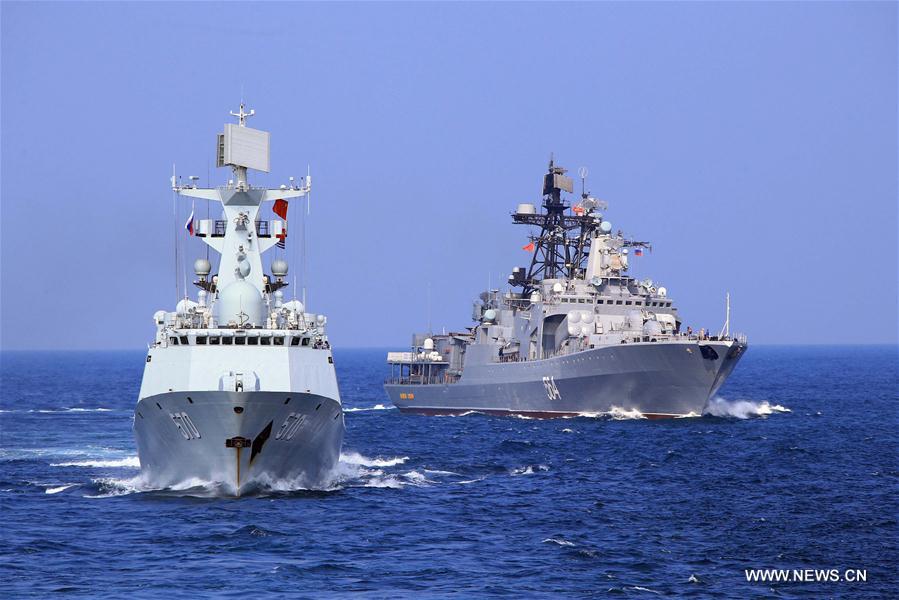 BEIJING, Oct. 28 (Xinhua) -- The joint Chinese-Russian naval drill has enhanced the ability of both sides to counter security threats at sea and maintain regional security and peace, a Chinese military spokesperson told a press conference on Thursday.

Tan Kefei, a spokesperson for the Ministry of National Defense, said the joint drill has deepened military relations between China and Russia. He said it saw the participation of new military equipment and enhanced the ability of commanders from both sides to coordinate in addressing unplanned situations.

A joint cruise was held following the naval exercise, Tan said, noting that it was the first joint cruise of the Chinese and Russian navies.

He said the military exercise was not aimed at any other country.