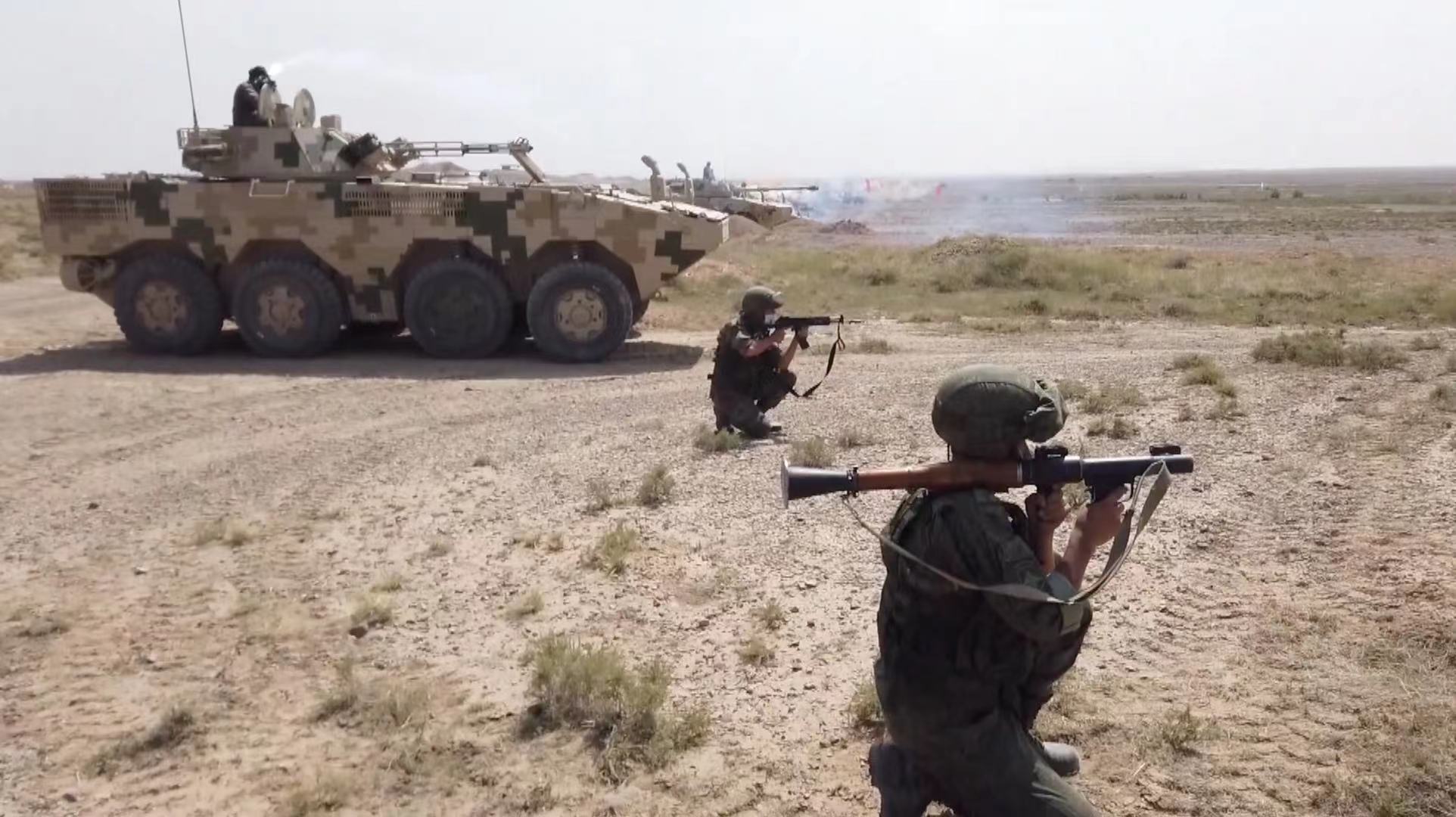 Military personnel from both countries attended the opening ceremony at a People's Liberation Army's combined-arms tactical training base.

This is the fourth consecutive year that China and Russia have held drills. It is also the first joint drill held in China since the first COVID-19 outbreak in 2020.

A review was held at 10 a.m. on Monday, with troops from both sides marching in 13 formations across the drill ground for inspection.

Various types of combat aircraft flew overhead in two formations and a variety of artillery and armored equipment was on display at the site.

The drills are meant to show the two sides' resolve and capability, as well as their ability to fight terrorist forces and jointly safeguard regional peace and security, both sides said.

In a sign of cooperation, Russian troops are learning how to drive Chinese armored vehicles with help from Chinese soldiers.

"To help the Russian teams quickly adapt to this new equipment, we did a lot of preparation, including learning plans and training aids," said Wang Lijiang, a veteran soldier who took part in the International Army Games with Russian counterparts.

"It's a way to test the combined combat capability. The firepower of this drill has high density. There could be over 100 large-caliber guns fired in a minute in the same place," said Cheng Liang, a deputy brigade commander of the PLA Western Theater Command.

Roughly 10,000 Chinese and Russian troops are taking part in the event, which will continue until August 13, with both teams mixing and training together.

China and Russia's military forces said that drill will verify and improve both troops' capabilities in areas like joint reconnaissance and joint attacks and elimination.