China-Russia military cooperation to be enhanced

The Chinese military will collaborate with Russia to enhance strategic coordination, deepen dialogue and cooperation, contribute to the well-being of the two nations and their people, and play a bigger role in maintaining world peace and stability. 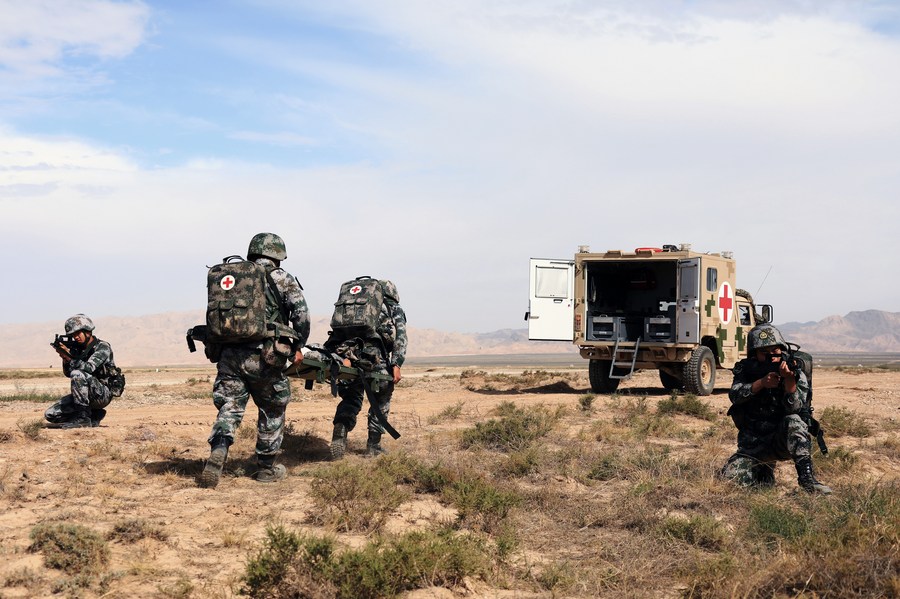 Military personnel conduct adaptive training for a joint military drill on Aug. 4, 2021. A joint military exercise by the Chinese and Russian armies will be held from Aug. 9 to 13 at a training base of the People's Liberation Army (PLA) in northwest China's Ningxia Hui Autonomous Region. (Xinhua/Wei Kunxiang)

Ministry of National Defense spokesman Senior Colonel Wu Qian said the China-Russia comprehensive strategic partnership of coordination for a new era is moving forward under the strategic leadership of the leaders of both countries.

"The two militaries have deepened exchanges and cooperation in various fields, and have reached new heights in terms of strategic communication, made new breakthroughs in pragmatic cooperation, and achieved new development in mechanism building," Wu told a news briefing on Thursday.

This year marks the 20th anniversary of the two countries signing the Treaty of Good-Neighborliness and Friendly Cooperation, which has special significance to both countries, Wu said, adding that China-Russia military relations can only go higher and their cooperation will only become smoother.

"There are no pauses in China-Russia military cooperation, only marches," he said.