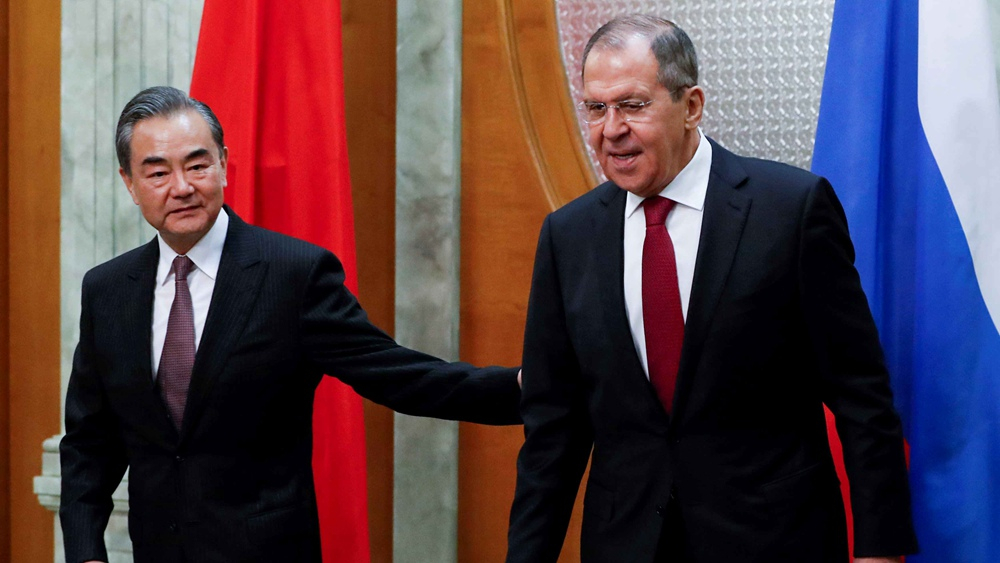 The strategic guidance of the two heads of state is the biggest political advantage of China-Russia relations, Wang said.

After Russia successfully carried out a referendum last week, the two heads of state spoke to each other again by phone, confirming their firm support for each other and stressing that they regard the China-Russia relations as the top foreign policy priority of the two countries, Wang said.

The two sides should further implement the consensus reached by the two heads of state, maintain the momentum of exchanges at all levels, deepen anti-COVID-19 and practical cooperation, and strengthen strategic coordination in major international and regional affairs, Wang said.

Wang stressed that the United States is practicing its policy of stark "America First" and pursuing its egoism, unilateralism and bullying policy to the extreme.

By shifting its own responsibilities, the US side has used the epidemic to smear other countries and shift the blame in every possible way, and even created hot spots and confrontation in international relations, Wang said, adding that Washington has lost its sense of reason, morality and credibility.

Wang said that the US side has revived its notorious McCarthyism and outdated Cold War mentality in its policy toward China, deliberately provoked ideological confrontation and crossed the bottom line of international law and basic norms governing international relations.

China will not be misled by a small number of anti-China forces in the United States, but will firmly defend its legitimate interests and dignity, Wang said.

Wang said that as major responsible countries, China and Russia should not only push their bilateral relations to a higher level, but also stand by all countries with an objective and fair stance to reject any actions destructive to international order and against the historical trend, jointly safeguard world peace and stability, maintain the international justice and preserve global development.

For his part, Lavrov said Russia is willing to follow the guidance of the consensus reached by the two heads of state, support the strengthening of pragmatic cooperation between Russia and China in the context of the regular epidemic prevention and control, and promote the synergy between the Eurasian Economic Union and the construction of the Belt and Road.

As permanent members of the UN Security Council and major responsible countries, Russia and China should further strengthen coordination and cooperation in international affairs and safeguard international law and common interests of the two countries, Lavrov said.

He said that the United States has always believed in the American exceptionalism and egotism, adding recently, it stripped off its pretence and was ready to threaten or wield sanctions against others.

The two sides also had an in-depth exchange of views on holding a summit of the five permanent members of the Security Council, maintaining international strategic stability, as well as the development of regional situation and international hotspot issues of common interest. Enditem