CHINA China's 1st national maritime museum to open in May

China's 1st national maritime museum to open in May

China's first national maritime museum is to open in May in Tianjin's Binhai New Area.

Covering an area of 150,000 square meters, the museum is made up of four white streamlined buildings crossing the land and the sea.

The 15 sections in the 23,000-square-meter exhibition hall cover a wide range of themes, including Chinese marine culture and history, marine ecology and the environment, science education and interactive programs. 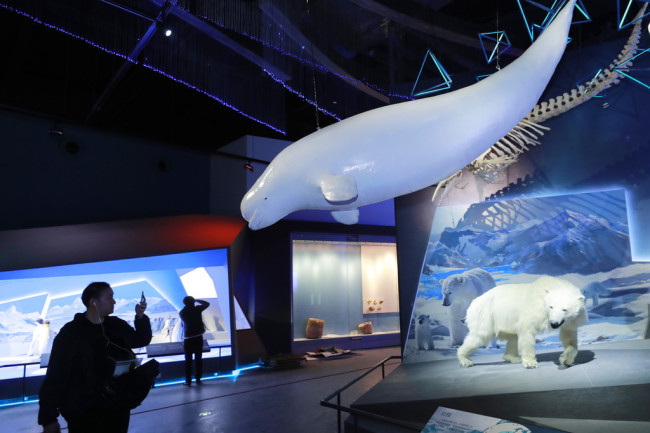 Its exhibition includes various maritime specimens, including a rare pregnant hammerhead shark, a giant squid and over 300 fish and 100 sea birds, as well as a set of marine invertebrate specimens with over 4600 species.

Once opened, the museum is expected to become a center for enhancing public awareness of sea protection, marine research and the promotion of marine culture.

The museum will also have stores, restaurants, cafes and cinemas.