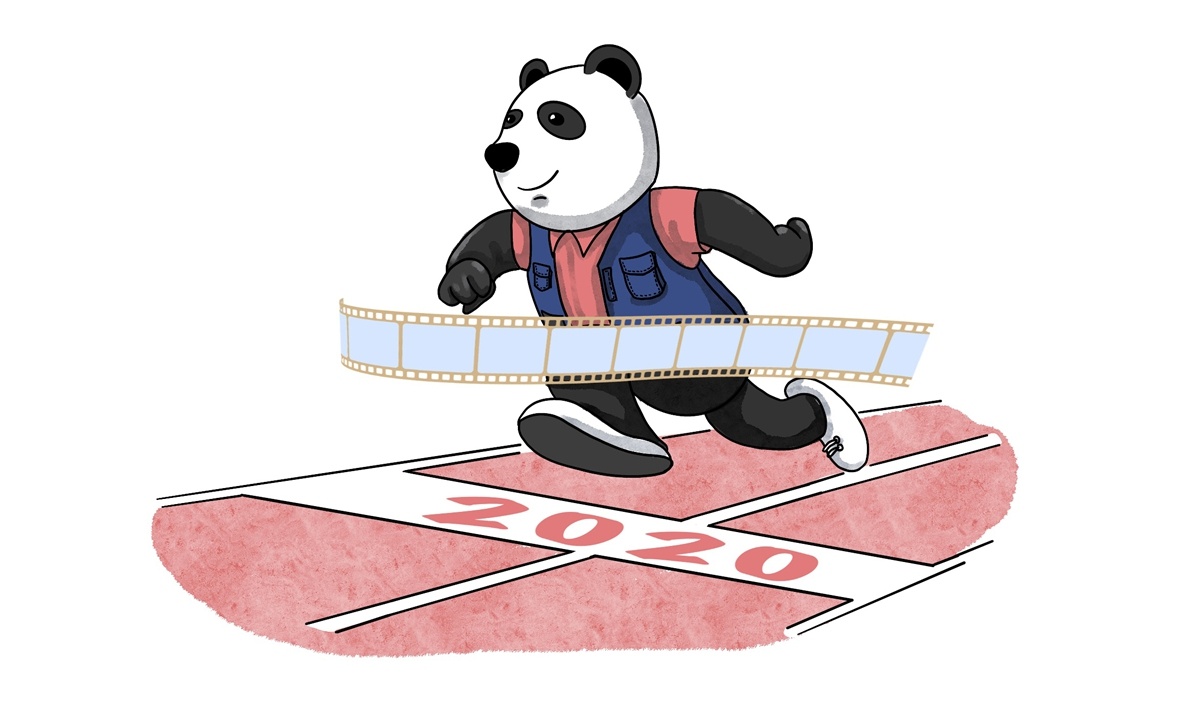 Who would have thought about watching movies in enclosed cinemas as the COVID-19 pandemic continues raging the world? Yet Chinese box-office revenues surpassed $1 billion during the week-long 2021 Spring Festival holidays.

It has set new records both for the domestic box office and for opening day and opening weekend sales in one single market. The scale of China's film market will, expectedly, again surpass that of North America. In that sense, it will continue to lead the world's largest film market in 2021.

When China exceeded North America to become the largest box office market in the world for the first time last year, some people jealously said that China had become the first because the US was mired with the COVID-19 pandemic.

But this view completely ignores the hard work that Chinese filmmakers have made in the past decade and the rapid development of Chinese society.

When Avatar was first released in the US in December 2009, Chinese cinemas delayed its release for two weeks, making ways for two Chinese movies (Bodyguards and Assassins and A Woman, a Gun and a Noodle Shop) that both featured almost all the top Chinese movie stars.

However, Avatar smashed all-time Chinese box-office record at that time. This was a year when Hollywood greatly crashed the confidence of Chinese movies. But knowing shame is akin to courage, as an old Chinese expression goes. The second decade of the 21st century turns out to be a period for Chinese filmmakers to forge ahead, and for China's accelerated urbanization and living standards to rise.

In 2019, the total box office of Chinese movies was close to that of North America, with only Avengers: Endgame in the top three and The Fast and the Furious at the 10th place on the list of 10 highest-grossing movies in China that year. The rest were all Chinese films.

In 2020, there were no foreign movies in China's top 10 box office. In 2021, the movie market is becoming so heated up that it was even hard to buy a ticket during China's Spring Festival holidays.

There are at least two reasons behind this boom. First, the number of Chinese movie screens has become "the highest in the world." In 2020, the total number of cinemas in China reached 11,856, with a year-on-year growth of 4.4 percent. The total number of screens reached 75,581, up 8.3 percent year on year, accounting for 40 percent of the global total - far exceeding that of the US.

The second improvement generally pertains to China's urbanization, the consumption power of Chinese people, and the vitality of Chinese society. In 2020, China overtook the US as world's largest consumer market. The promotion of cultural consumption is also an important variable. The complex logic behind this includes, but is not limited to, the rigorous prevention and control of the coronavirus epidemic in China, the popularization of e-commerce, the growth of online consumption and transportation, and the increase of real income due to China's success of economic transformation at the initial stage.

Undoubtedly, the catch-up of Chinese movies is only the beginning. Yet there is still a big gap with other leading movie markets. For example, there is only one Chinese movie - Wolf Warrior 2 (ranking 54th) - among 100 highest grossing movies worldwide. It will take more time for Chinese movies to go international, particularly in terms of movie financing, industry, technology and narratives. They still lag far behind those of US mastery.

In his book, Weapons of Mass Distraction: Soft Power and American Empire, British-Canadian academic Matthew Fraser noted that the spread of American popular culture, which embodies US soft power, was leading to homogenization on a center-periphery model and increasing US global influence.

Behind the still strong American movies are still surviving as US soft power. According to a US congressional report, as the goodwill ambassadors that need no American taxpayer support, Hollywood movies keep the world informed of the American lifestyle and their values, politically, culturally and commercially, and are immeasurable.

But there is firm confidence in the future of Chinese movies. China's urbanization rate is 60 percent, with only a couple of cinemas in each county. Moreover, figures show that Chinese people roughly go the movie theater once a year in average.

Movies will become important variables during the rise of China's national power, and will drive the further enhancement of its intelligent technology, urban development, modern culture, social operations, economic forms and soft power.

In the third decade of the 21st century, in addition to the 1.4 billion people market, more Chinese movies are expected to enter the top 100, top 50 and even top 10 of the world's highest grossing films. More importantly, Chinese movies will break US monopoly, and even create the highest box office in the world. It reflects the process of integration between China and the world, and also the substantial progress of China's rise.