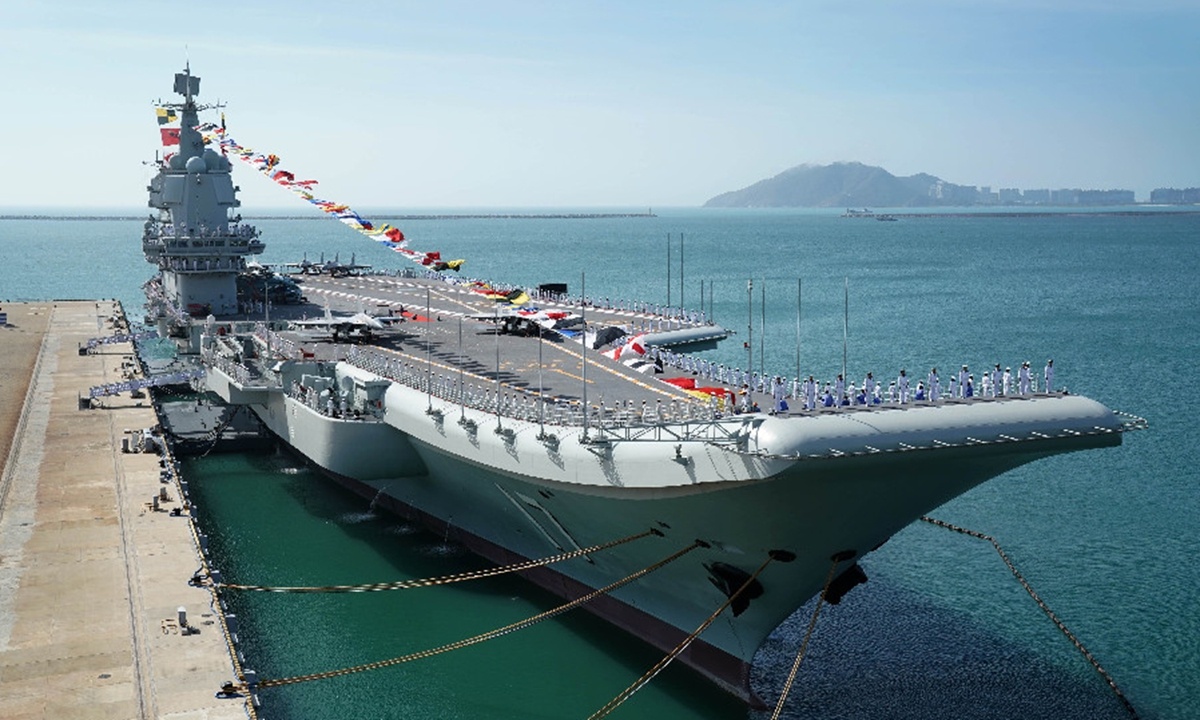 They focused on actual combat and have effectively tested the performance of the weapons on the ship, Lai said.

The testing and training show that the carrier's core performance improved, according to Lai.

As the Shandong has just served for less than a year, it is still undergoing basic training to test the performance of its equipment and enhance research on the operations and training of the ship, Zhang Junshe, a senior research fellow at the PLA Naval Military Studies Research Institute, told the Global Times on Tuesday.

The Shandong, the country's second aircraft carrier, was commissioned into the PLA Navy on December 17, 2019, in Sanya, South China's Hainan Province.

It set out for military exercises on September 1, and experts hoped it would be combat-ready by the end of 2020.

In May, CCTV reported that the ship was conducting testing and training missions at sea after local residents saw the warship leaving a shipyard.

Since the COVID-19 outbreak, the aircraft carrier neglected neither epidemic control nor testing and training, as professional training has been conducted for individual sailors, battle positions and departments, CCTV reported then.

The ship conducted its reported first mission on December 26, 2019 after commissioning the week before, during which it sailed through the Taiwan Straits.

The Sanya-based warship will come and go in the region often as such transits will likely become routine, Chinese mainland experts predicted.