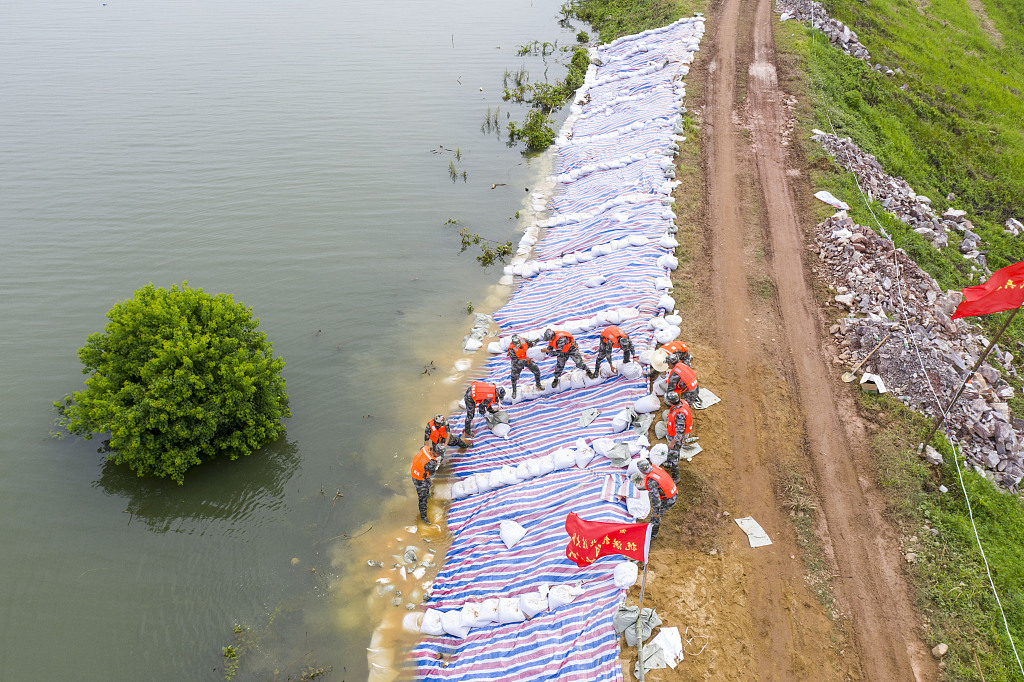 The water levels at the Zhongmiao and Tangxi hydrological stations of Chaohu Lake reached 12.82 meters and 12.77 meters, respectively, at 11 a.m. Sunday, both higher than the records set in July 1991, according to the provincial flood control authorities.

To reduce the flooding pressure in the drainage basin of the Chaohu Lake, local authorities started diverting water into a backup flood storage area with a capacity of 230 million cubic meters Saturday night.

On Sunday morning, authorities blocked one river from flowing into the lake and continued to pump water into the Yangtze River.

The drainage basin of the Chaohu Lake, covering an area of 13,486 square kilometers, has a population of 10.2 million from five cities including the provincial capital of Hefei.

From June 10 to July 19, the average precipitation in Hefei reached 745 mm, three times the normal levels and the second-highest on record after the one made in 1991.

Anhui Province has activated the highest-level emergency response for flood control due to the grim situation.

A total of 35 rivers and lakes in the province, including the Yangtze River and Huaihe River, had seen water exceed warning levels by Saturday noon.

Since July 2, continuous heavy rains have affected 3.64 million residents and forced the evacuation of 606,000 people in the province.