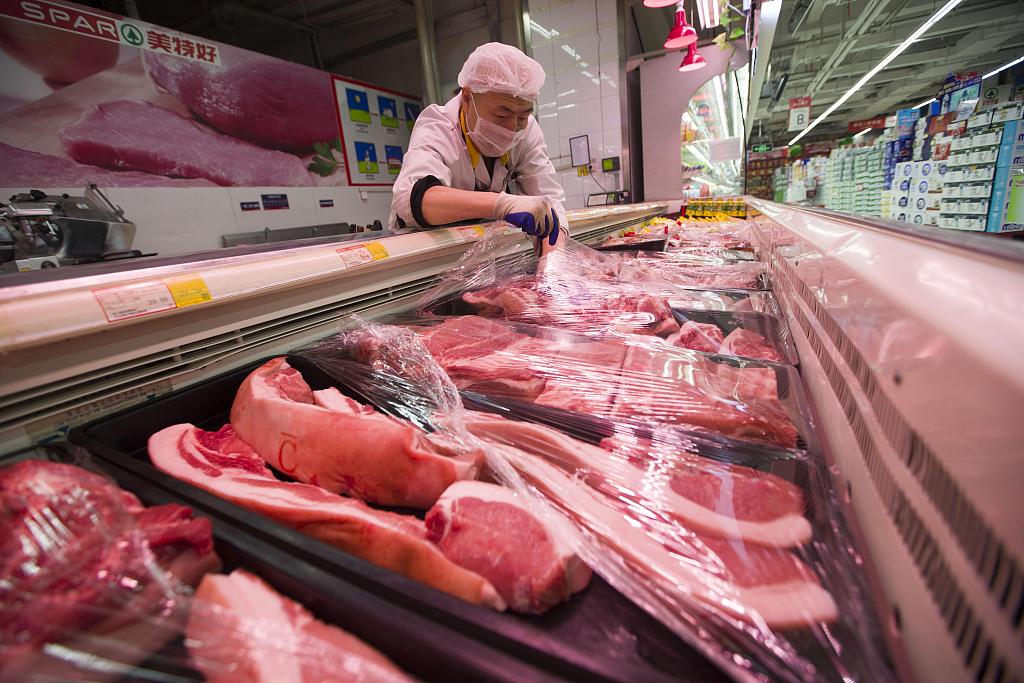 Local authorities should address key issues in the pig-raising industry, including the lack of large-scale breeding farms in the southwest regions as well as environmental concerns, according to a meeting held by the Ministry of Agriculture and Rural Affairs in Nanchang, Jiangxi Province.

The meeting was attended by authorities from nine provincial-level regions in south China that together produce around half of the country's hog.

Authorities should adopt a combination of fiscal, financial and land use policies to support hog production, while avoid blanket shutdowns of breeding farms that are actually in line with relevant laws and regulations, according to the ministry.

Continued efforts should be made to prevent and control African swine fever and ensure the supply of alternatives to pork, including poultry, beef and mutton to meet a surge in demand during holidays, the ministry said.

The ministry will keep track of the implementation of policies and oversee hog production in the regions on a monthly basis, it said.