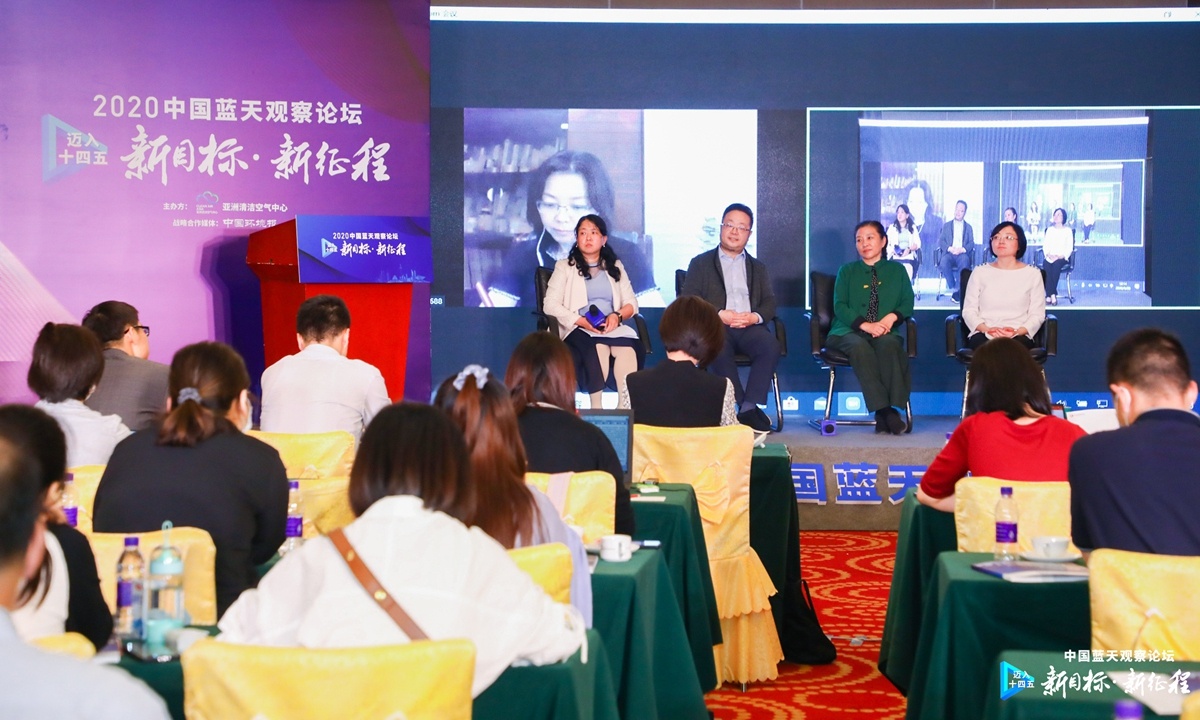 Clean Air Asia, an international non-governmental organization, tracked the air conditions in 337 cities across China, and found that the days with good air quality rose from 79.3 percent to 82 percent in 2019. Photo credit to Clean Air Asia

China's air quality continued to improve in 2019, although the improvement saw a slowing trend as pollution controls encountered a bottleneck, according to a report released by Clean Air Asia at a forum held in Beijing on Monday.

Meanwhile, ozone pollution has become increasingly serious, sounding an alarm for policymakers ahead of the upcoming 14th Five-Year Plan (2021-25), experts said at the forum.

Clean Air Asia, an international non-governmental organization, tracked the air conditions in 337 cities across China, and found that the days with good air quality rose from 79.3 percent to 82 percent in 2019, and cities achieving emission goals have increased by 36, reaching a total of 157, read the report.

Refined management of pollution prevention and controls is also seeing gradual progress. In 2019, the number of cities with monitoring stations for atmospheric particles increased to 93, with advanced functions that set differentiated standards for major pollutants.

Remote sensing of vehicle emissions and electronic snapshots for black smoke have been installed in most cities across China.

Despite the progress made in 2019, however, experts called for attention to a slowing trend of air quality improvement over recent years, with ozone pollution also becoming a headache for many environmental bodies.

The concentration level of ozone has been on the rise since 2013. Its average concentration rate saw a year-on-year increase of 6.5 percent in 2019, which is especially alarming in the Pearl River Delta, Yangtze River Delta, and the Beijing-Tianjin-Hebei Region.

"Unlike PM2.5, ozone pollution not only harms the human body's respiratory system and eyes, but causes damage to the ecosystem, leading to reductions in crop yield," He Kebin, head of the Tsinghua University School of Environment in Beijing, told the Global Times on Monday.

He noted that ozone is mainly produced from burning coal, diesel vehicles, and chemical industry waste.

"The 14th Five-year Plan should attach importance to the coordinated control of ozone and PM2.5, adopting measures to tackle both issues simultaneously," He suggested.

The report made further suggestions about improving air quality. It proposed that differentiated targets and rules should be set for cities.

Those that outperform others should set higher goals, and cities with poor performance should publicize their timetables and roadmaps, drawing up transparent plans to achieve emission goals.

"The pandemic's impact on the economy could be a turning point for green development in China, and carbon neutrality is a good approach for restructuring the economy," He said.

The report also issued a comprehensive scoring system that takes into account the effectiveness and efforts of cities. Yinchuan in Northwest China's Ningxia Hui Autonomous Region tops the chart, while Linfen in North China's Shanxi Province ranked at the bottom.