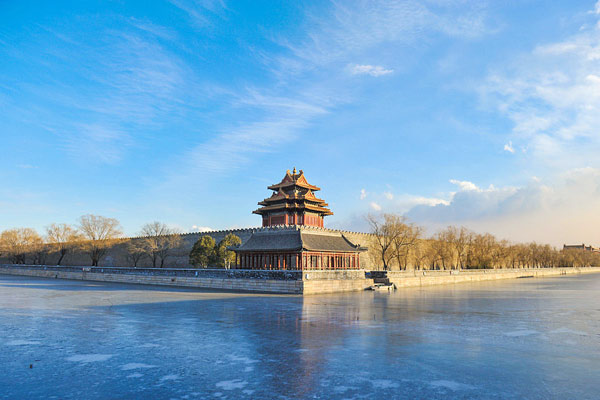 A watchtower of the Forbidden City is seen under the blue sky in Beijing on Jan 22, 2018. (Photo: VCG)

BEIJING -- China's air quality has improved across the country, showed a report on the implementation of the Air Pollution Control Law on Monday.

The Air Pollution Control Law and the action plan on air pollution control have been well implemented across the country since the 18th Communist Party of China National Congress in 2012, said the report submitted for review at a session of the National People's Congress (NPC) Standing Committee, which runs from Monday to Tuesday.

The implementation of the law and the action plan on air pollution control has seen positive achievements, said the report.

The NPC Standing Committee sent four teams to the country's eight provincial-level regions, including Henan, Inner Mongolia and Shanxi, to check the implementation of the Air Pollution Control Law from May to June. They also entrusted local legislatures in 23 other provincial-level areas with law enforcement inspection.