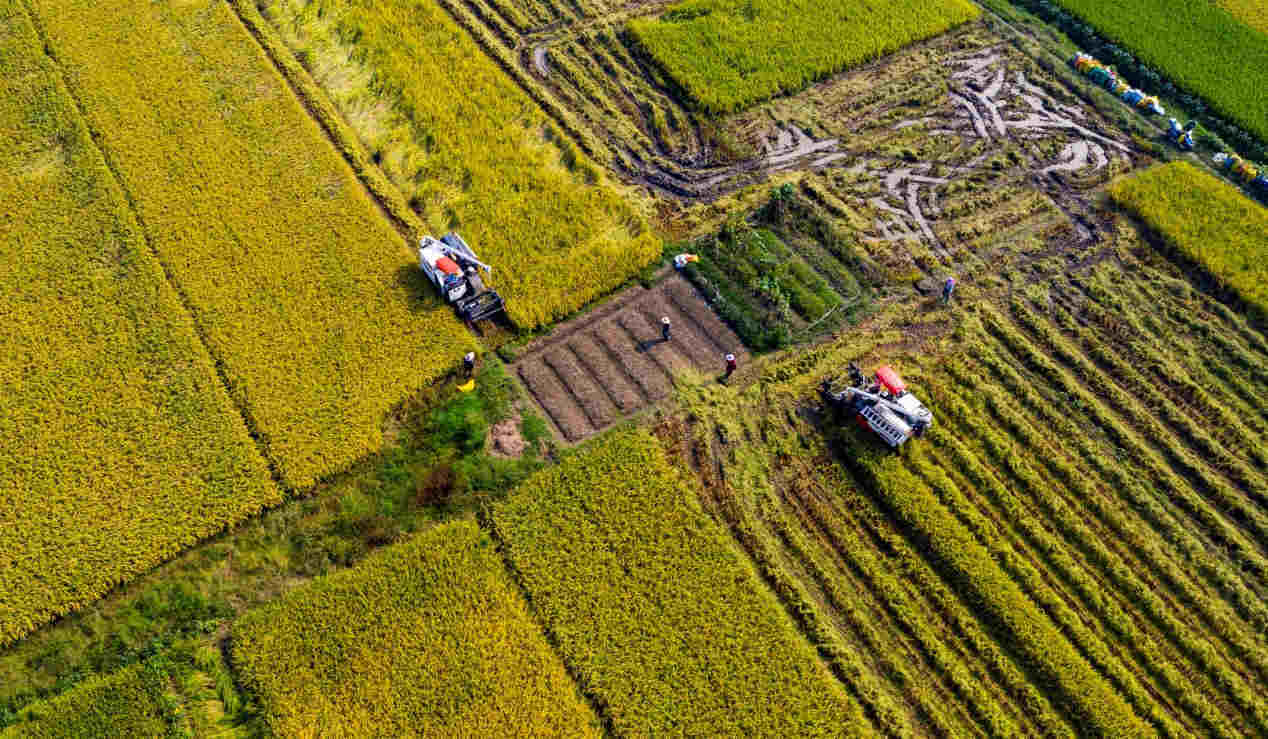 This year will be another bumper year for China as the country has just harvested its summer grains and is expected to reap abundant crops in the autumn.

China has a full control over the food supply of its people. Since the 13th Five-Year Plan (2016-2020) period, local governments and departments across the country have implemented a strategy of sustainable farmland use and innovative application of agricultural technology, maintaining annual grain output at 650 billion kilograms and per capita grain possession over 470 kilograms.

Structural optimization is a new choice for grain production. “I chose a new wheat species which has a high and stable yield, and the output per mu (667 square meters) exceeded 500 kilograms,” said Kang Xu, a villager from Zhangjiaji township, Xiangyang, central China’s Hubei province.

In the past five years, China’s grain production accelerated the transition from production-oriented to quality-oriented, leading to constantly increasing quality and competitiveness of agricultural development. The use of fertilizers in China has been reducing for 4 years in a row, and the use of pesticides for 5 years in a row. The fertilizer and pesticide application rates of three major crops stood at 39.2 percent and 39.8 percent, up 4 and 3.2 percentage points, respectively. The application rate of animal waste reached 75 percent, while that of straws hit 85 percent.

This year, the central government has enhanced its support for the production of double cropping rice, issuing land fertility protection subsidies for cultivated land, primary-level agricultural technique promotion subsidies, and training subsidies for high-level farmers. China strictly protected the 1.8 billion mu of arable land red line, and made sustained efforts to secure the total area of permanent basic farmland above or at 1.546 billion mu.

In the recent years, China has steadily improved its policies and measures to support grain production, and expanded its capability to stabilize and increase production. Giving full play to major grain production areas, China improved the mechanism for economic compensation and expanded subsidies for major grain-producing counties. It improved the subsidizing policy for corn and soybean growers, and enhanced policies of agricultural credit and insurance.

This year, the country’s grain areas will be maintained above 1.42 billion mu, and staple food areas above 800 million mu. The total crop output is expected to exceed 650 billion kilograms.

Last year, China newly established over 80 million mu of high-standard farmland, and the number will be expanded by tenfold before the end of this year and to 1 billion mu 2 years later. This year, focusing on the development of permanent basic farmland, functional areas for grain production and protected areas for the production of important agricultural products, China will complete the construction of 80 million mu of high-standard farmland and 20 million mu of efficient water-saving reconstruction projects.

More and more superior varieties are being planted and harvested across the farmland of China, such as sea-rice, hybrid rice, ratooning rice and super grain. “We harvested over 3,000 mu of sea-rice, and we had never imagined that crops could grow on tidal flats,” said Long Xianqing, a villager from Haiyan township, Taishan, south China’s Guangdong province. According to him, they used to plant bananas on the tidal flats, and the fruits were very small. Nowadays, with the plantation of sea-rice, the total yield reached 1,600 tonnes, he said.

At present, sci-tech progress is contributing 59.2 percent to China’s agricultural industry, and 96 percent of the country’s crops are fine breeds. Besides, over 70 percent of China’s crops are planted and harvested by machines, and more than 95 percent of major crops are bred independently.