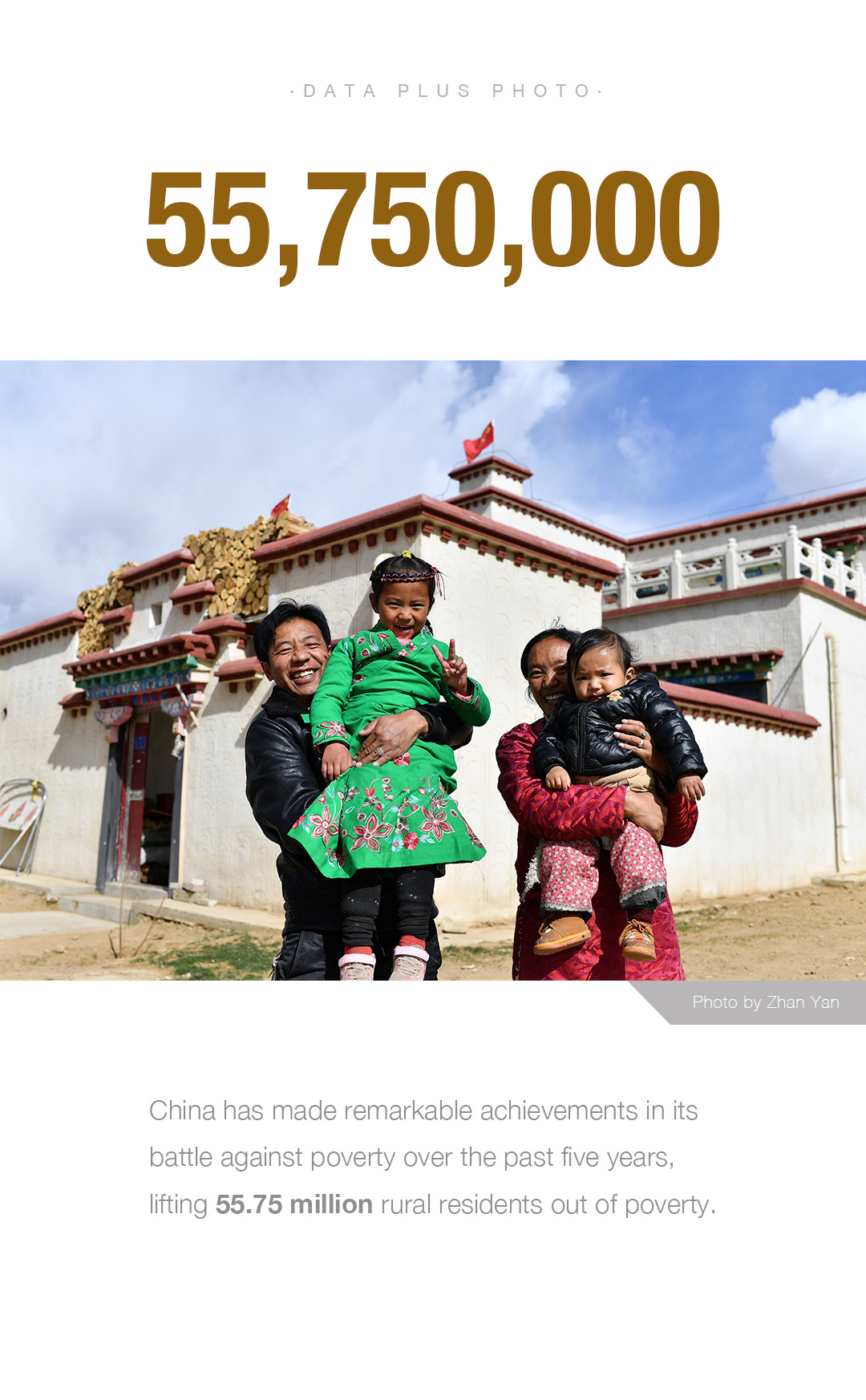 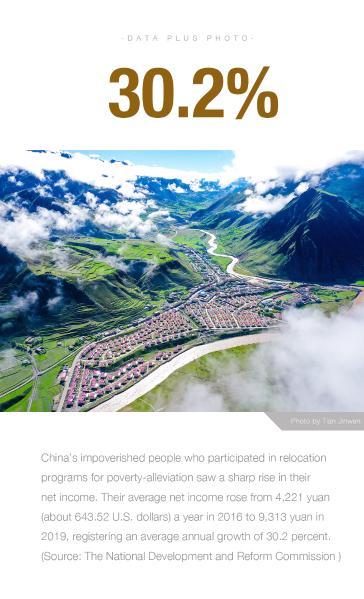 BEIJING, Feb. 21 (Xinhua) -- By removing all its national-level poverty-stricken counties from the list, China has made a major victory in fighting poverty. Under the leadership of the Communist Party of China (CPC), nearly 100 million rural residents bid farewell to absolute poverty since the 18th CPC National Congress in 2012. This selection of before-and-after photos might shed light upon what improvements have taken place in the lives of people, especially those from ethnic minorities. 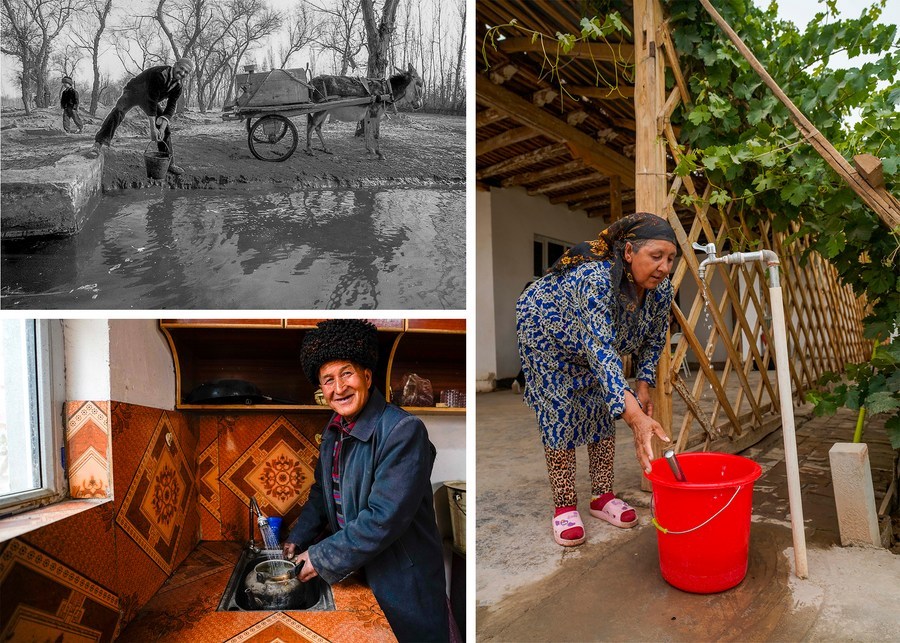 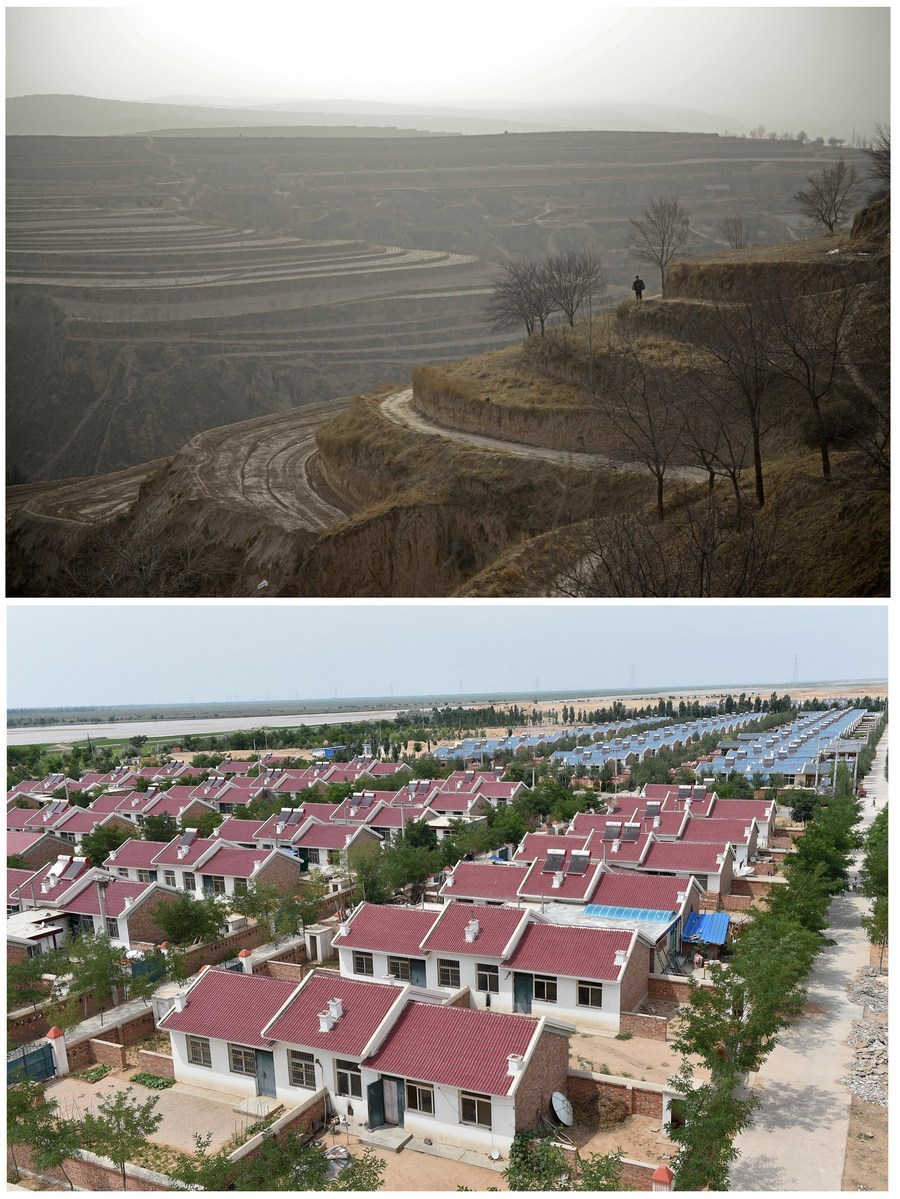 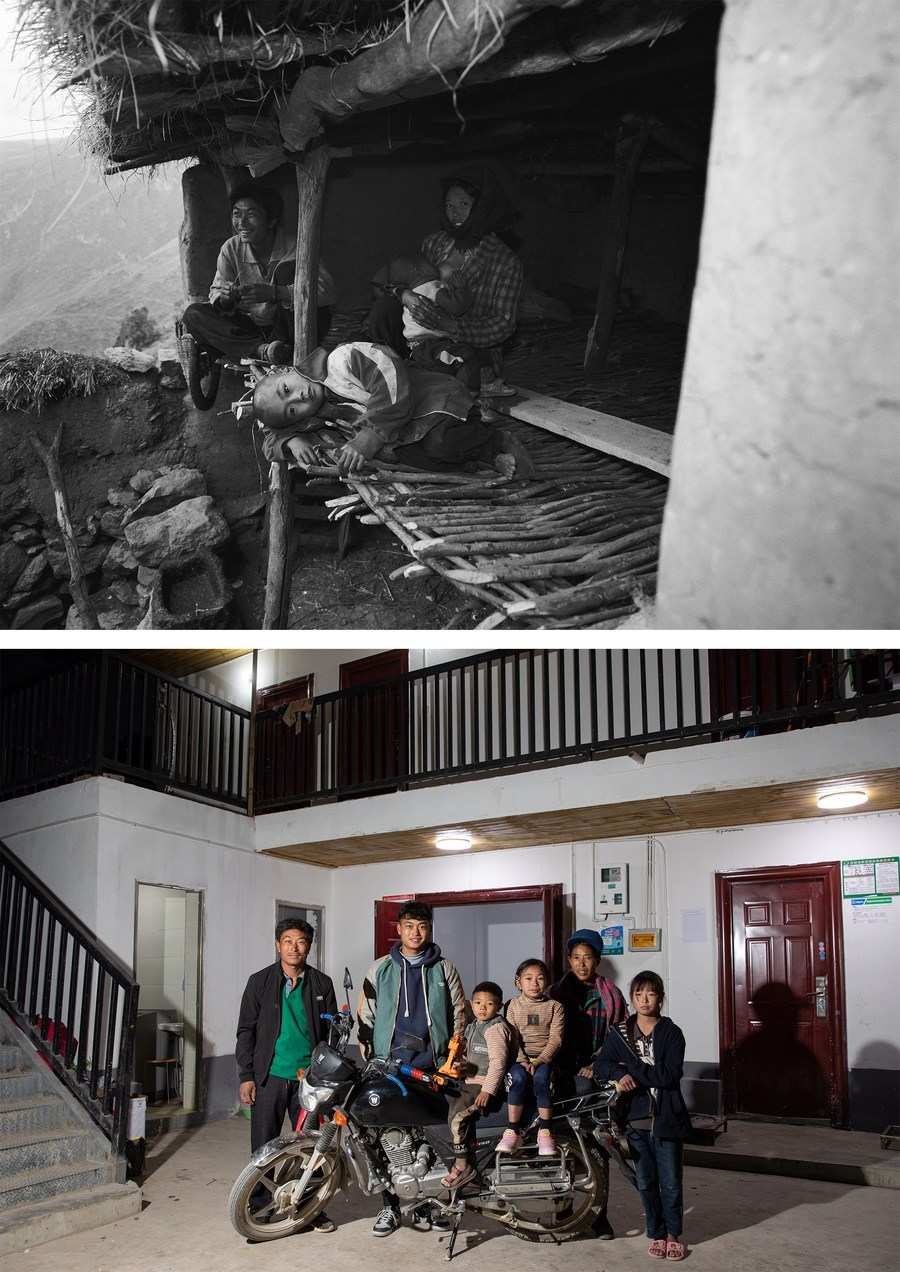 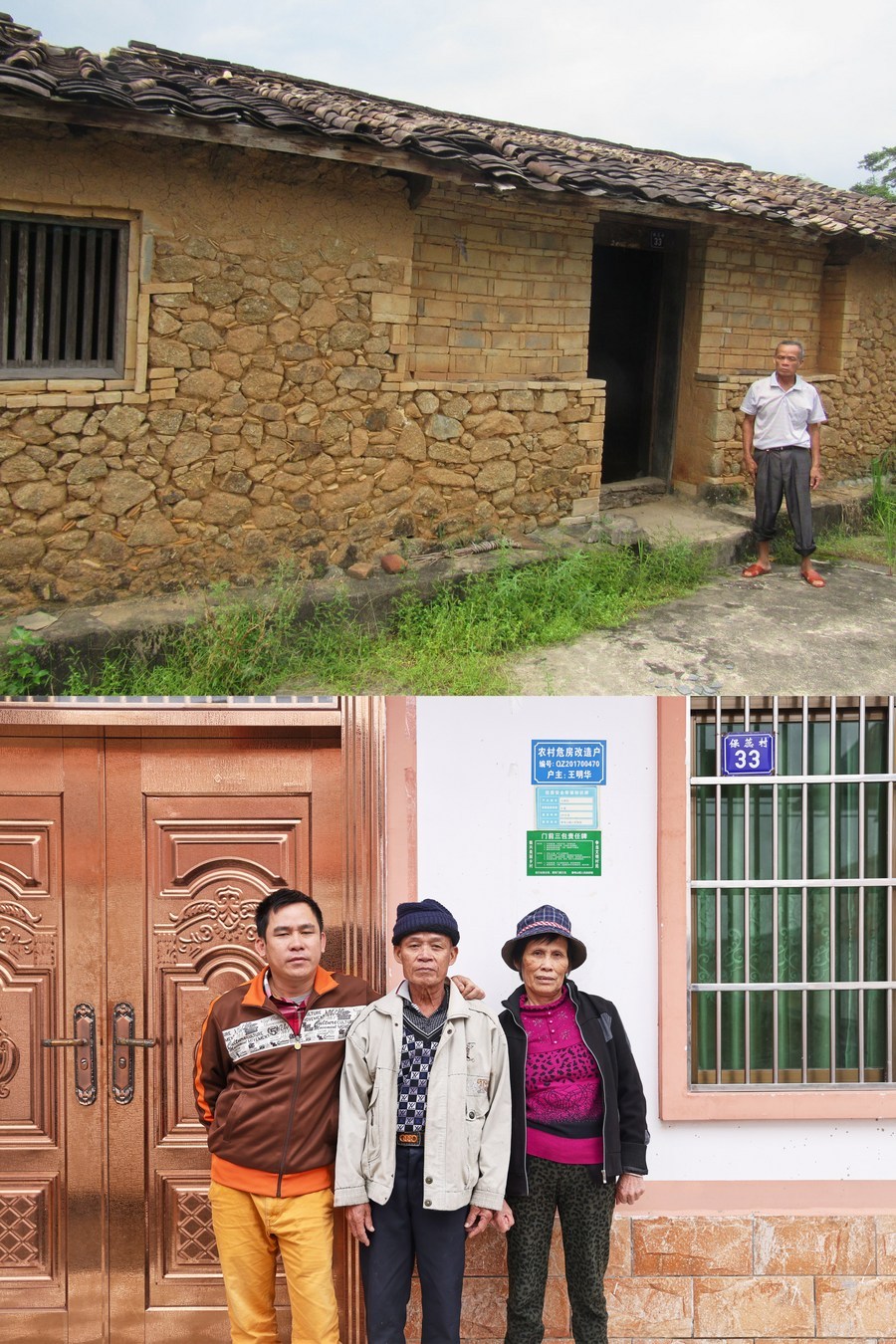 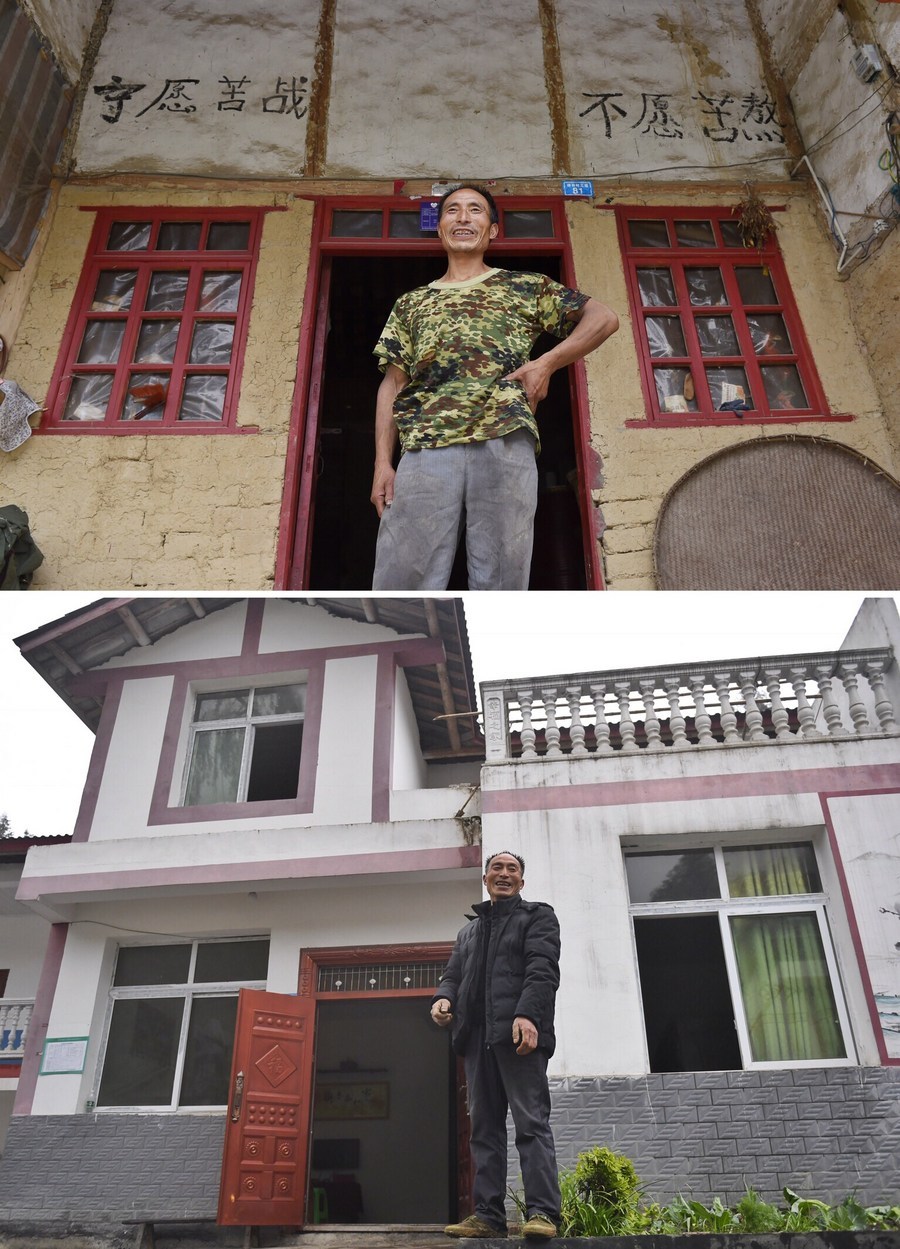 TOP: Li Guozhi poses in front of his old residence in Xiaoluoma, a poverty-stricken village in Nuoshuihe Township, Tongjiang County, southwest China's Sichuan Province, Aug. 22, 2016. On the wall behind him, Li wrote down a motto in his fight against poverty: "Better strive than suffer".

BOTTOM: Li Guozhi poses in front of his new home at a relocation site in Xiaoluoma Village, April 2, 2020. (Xinhua/Liu Kun) 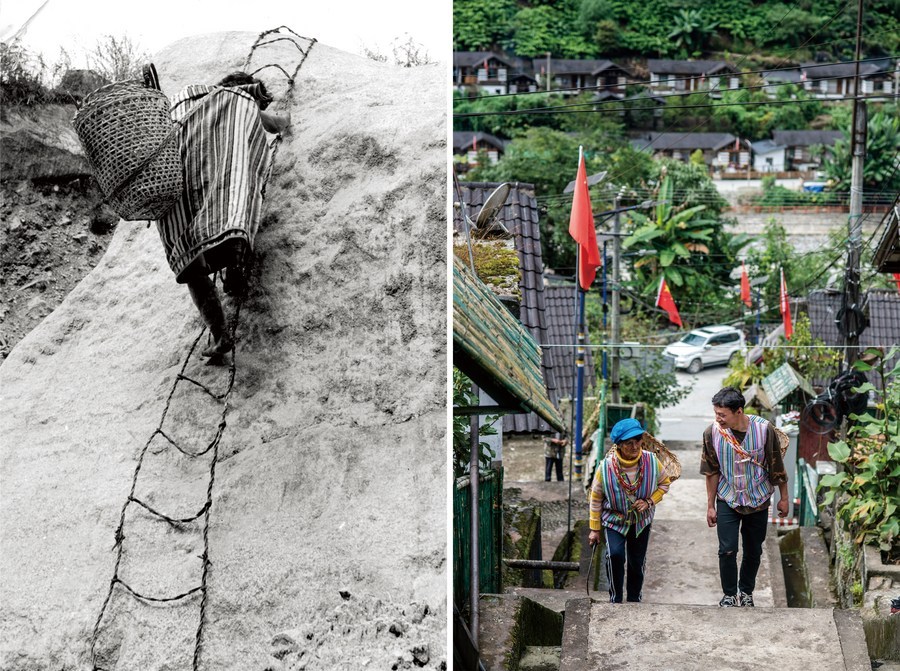 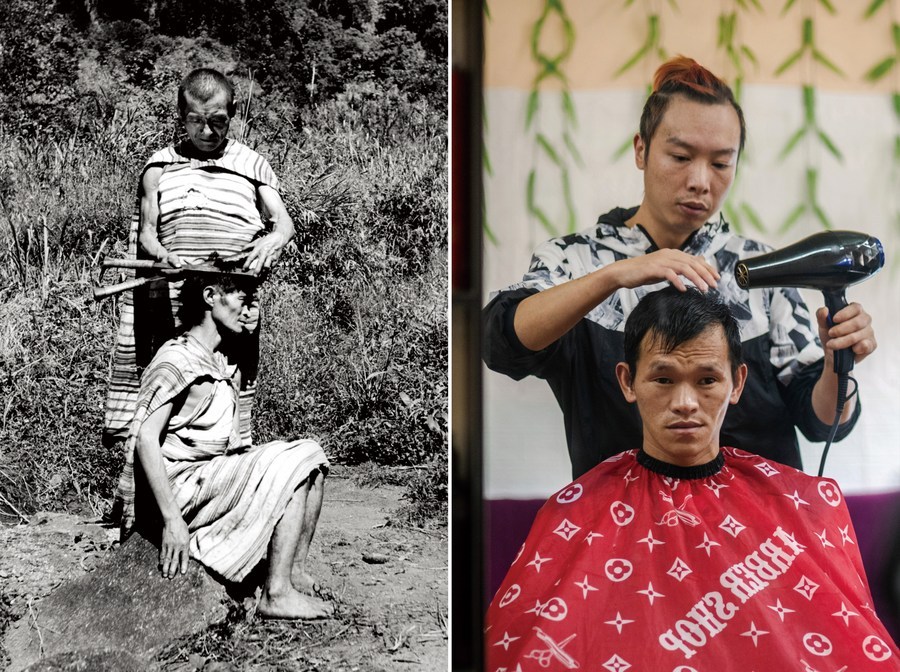 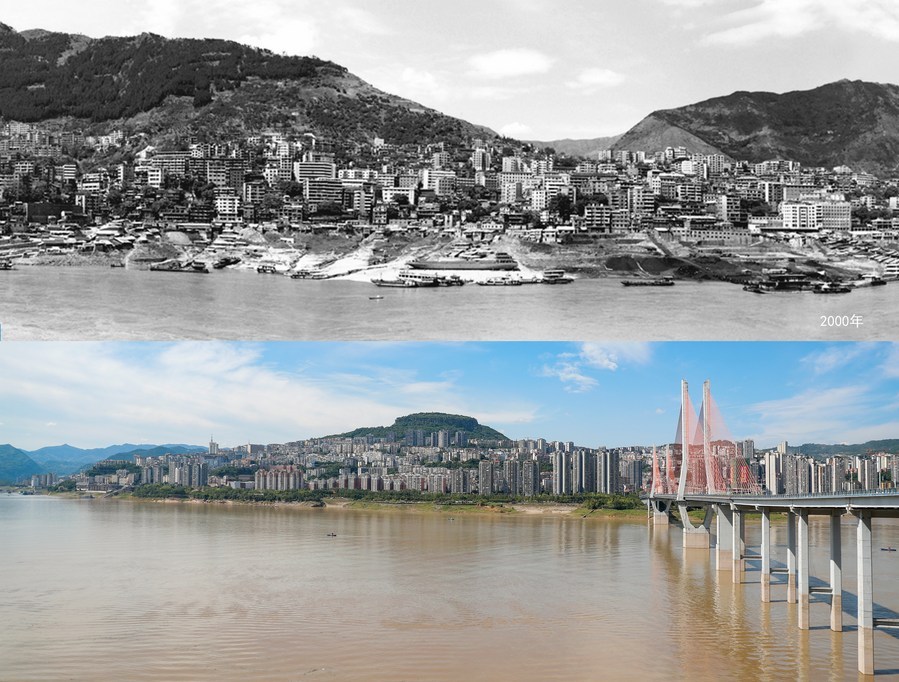 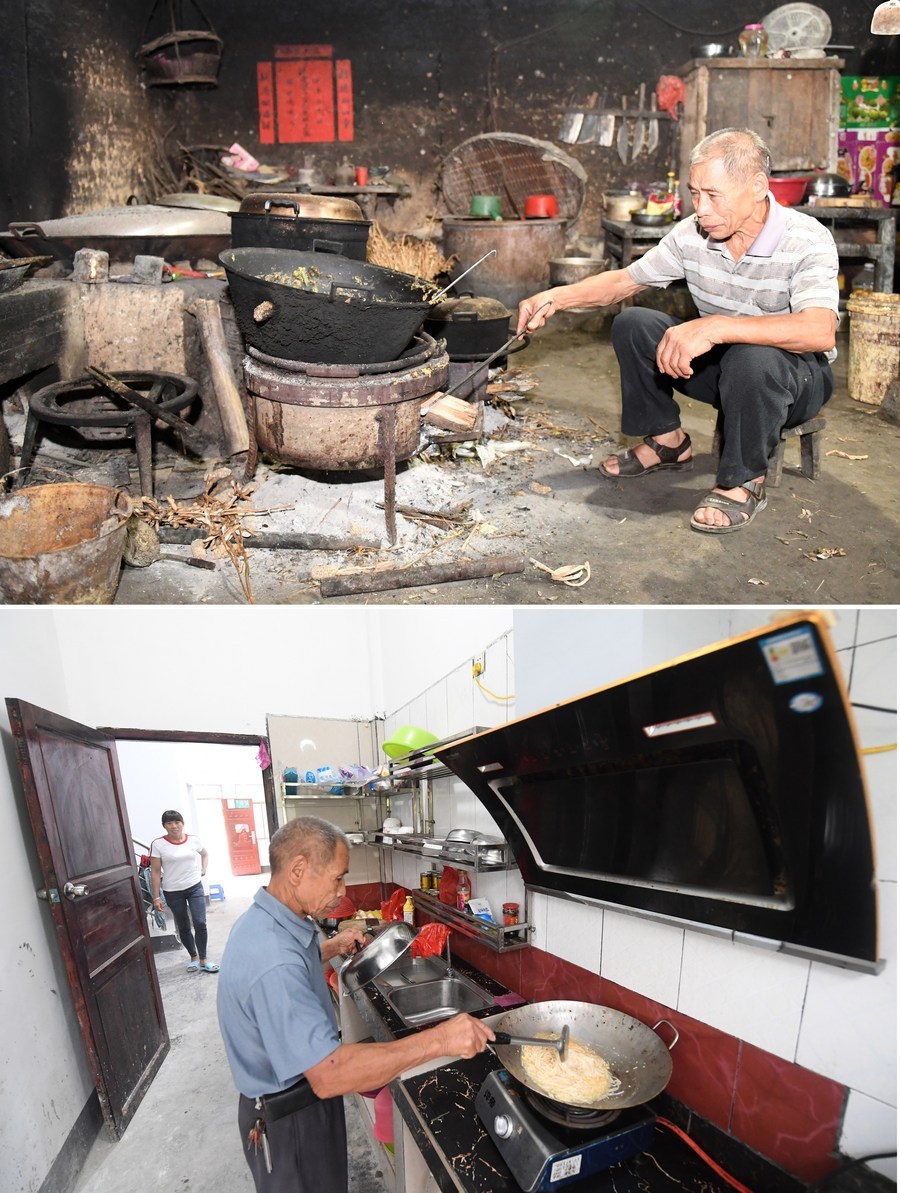 BOTTOM: Photo taken on Aug. 19, 2020 shows Yu cooking a dish in the kitchen of his new house inside a poverty-relief resettlement site, in Sanzhiyang Town of Du'an County. (Xinhua/Lu Boan) 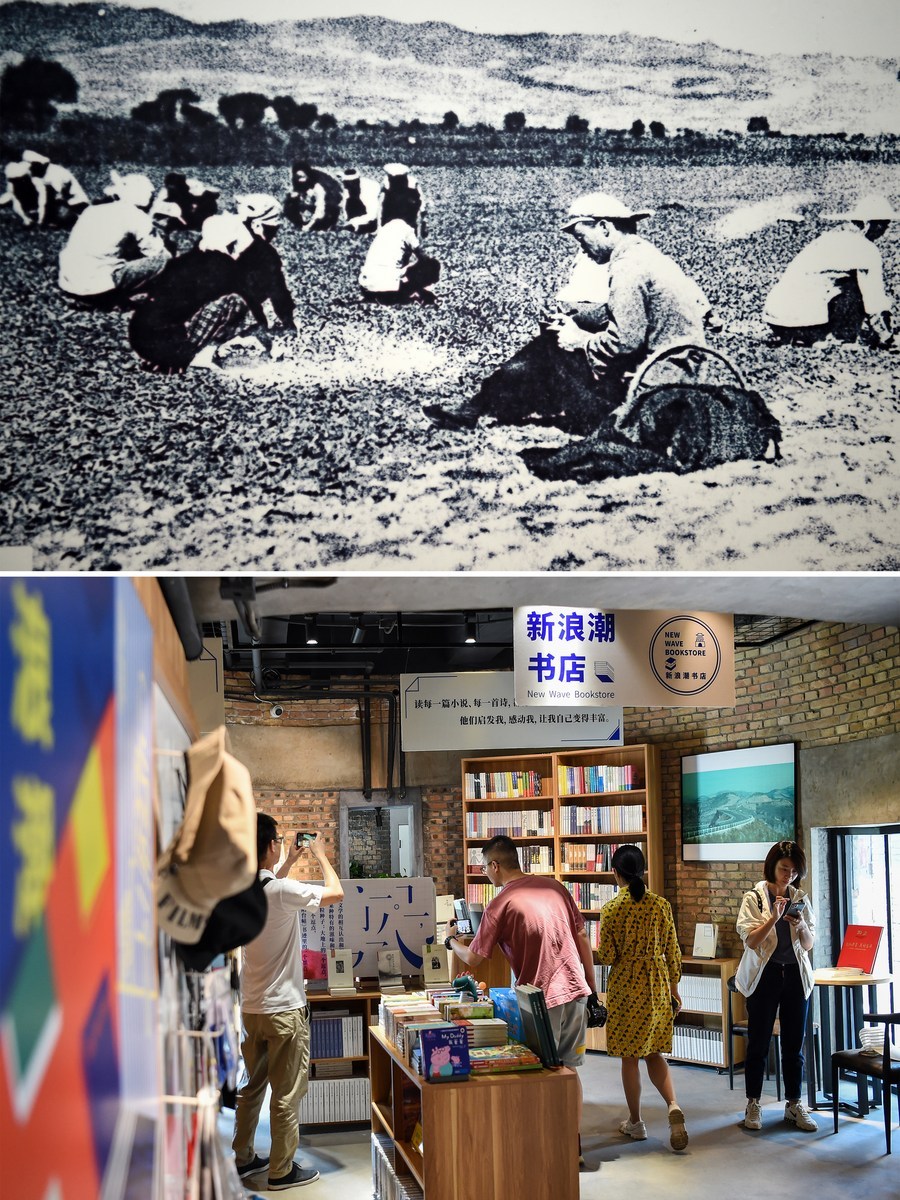 BOTTOM (photo taken by Cao Yang): A view of a bookstore in Jiajiazhuang Village on July 16, 2020. (Xinhua) 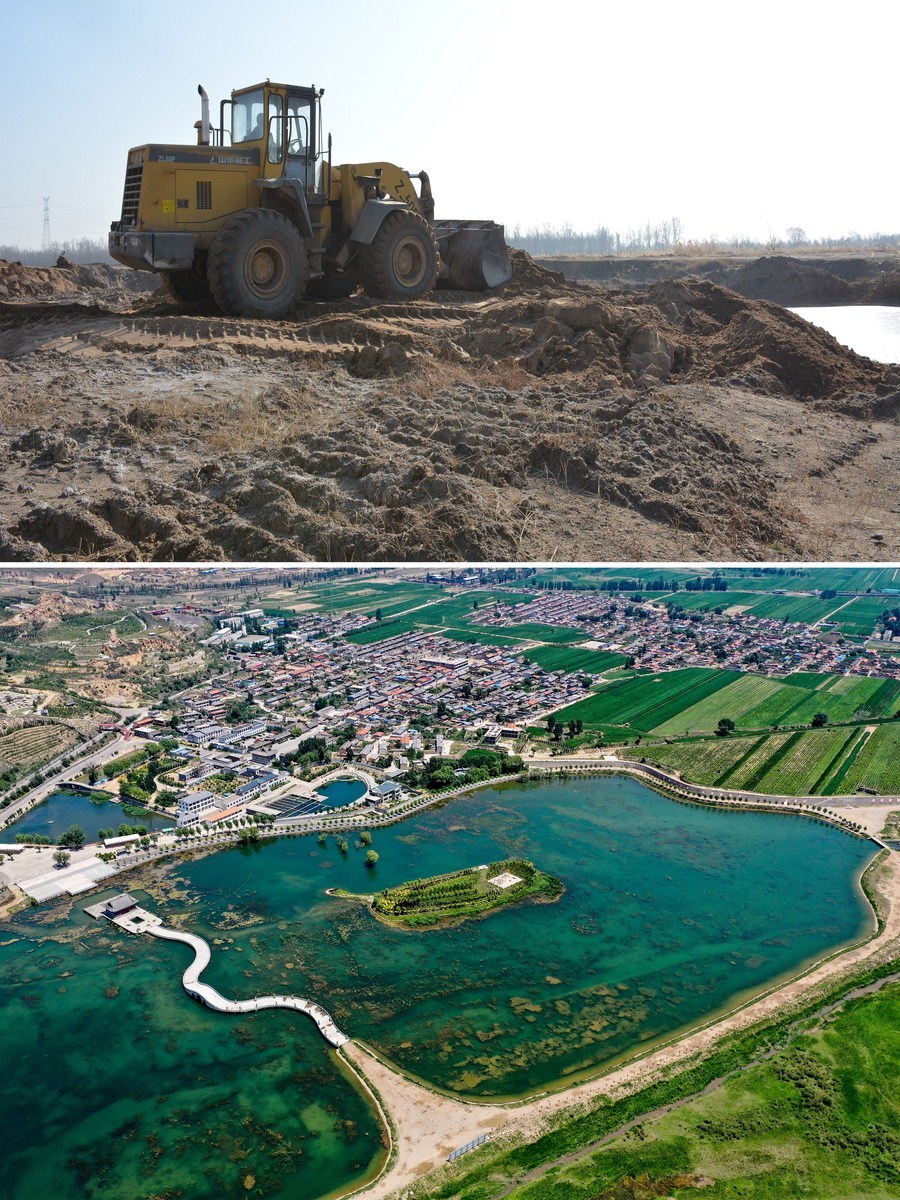 BOTTOM (photo taken by Cao Yang): An aerial view of the wetland park after its construction on July 7, 2020. Dongshentou Village used to rely solely on agriculture to support its economy. The Shenhai wetland park is one of the local efforts to develop tourism and relieve poverty. (Xinhua)