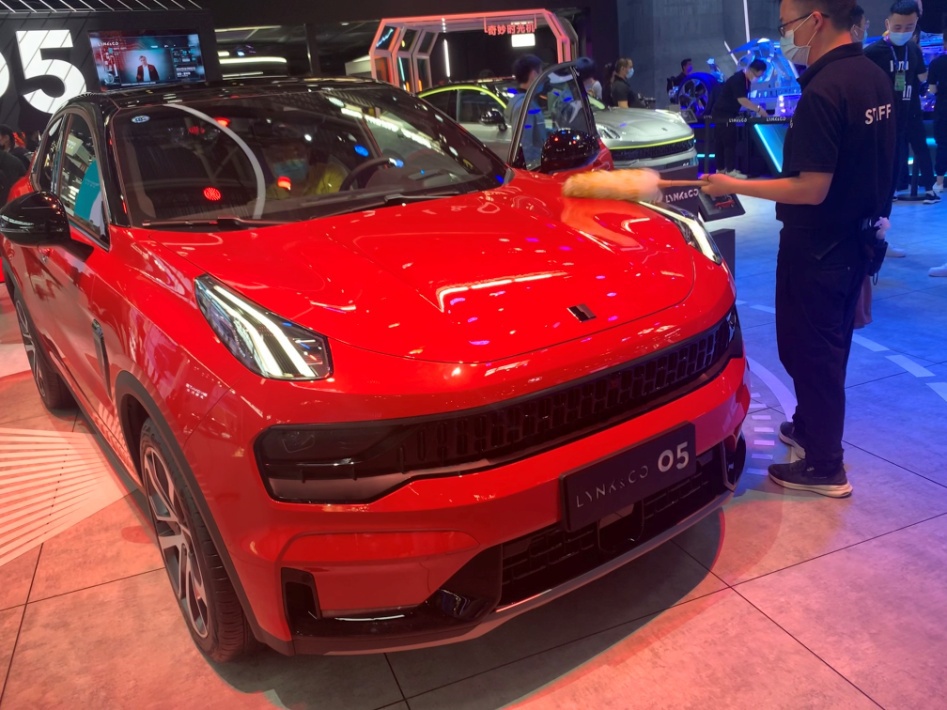 An employee wipes a Lynk & Co 05 at the Beijing auto show. (Photo: VCG)

Sales of passenger vehicles increased 21.2 percent year-on-year to nearly 11.56 million units in the January-July period, according to the data.