China asked domestic airlines to temporarily suspend operation of Boeing 737 MAX aircraft after an Ethiopian Airlines Boeing 737 passenger jet to Nairobi crashed on Sunday, according to the Civil Aviation Administration of China (CAAC).

The order by the CAAC, issued on Monday morning, said all Boeing 737 Max 8s in China will be grounded by 6 pm (Beijing time).

The Ethiopian Airlines flight crashed shortly after takeoff from Ethiopia's capital on Sunday morning, killing all 157 on board, authorities said.

It is the second time in less than five months that the same model was involved in such a deadly crash. 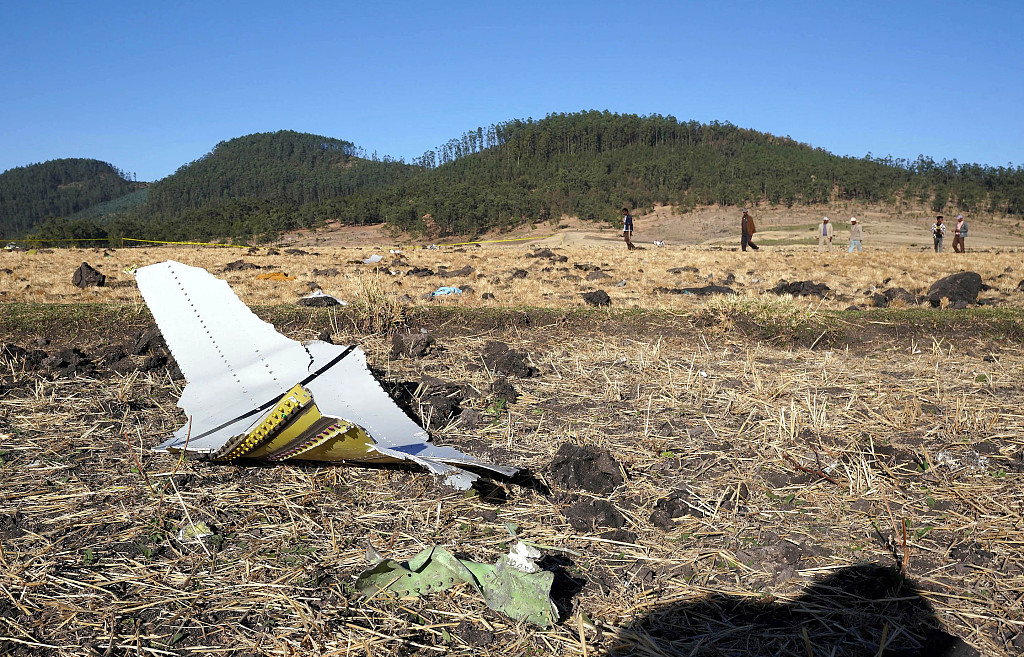 (A piece of the fuselage of ET Flight 302 can be seen in the foreground as local residents collect debris at the scene where Ethiopian Airlines Flight 302 crashed in a wheat field just outside the town of Bishoftu, 62 kilometers southeast of Addis Ababa on March 10, 2019 in Addis Ababa, Ethiopia. Photo: VCG)