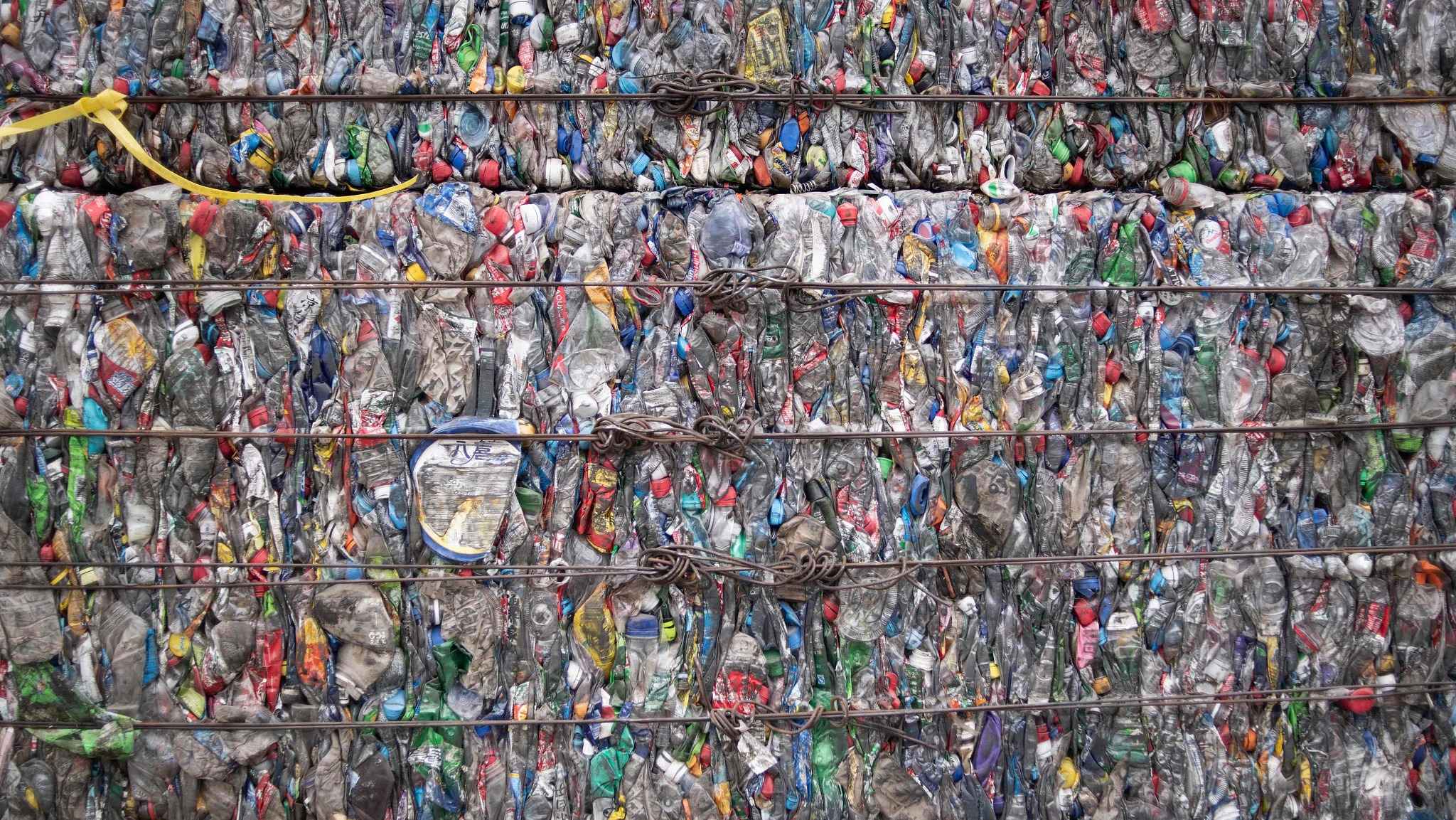 A block of compressed plastic bottles at a solid waste center on the outskirts of Beijing. (Photo: CGTN)

China’s ban on waste imports is set to inundate wealthy countries with millions of tons of plastic waste if “bold global ideas” are not implemented to recycle them, a study warned.

Early this year, China implemented National Sword, a policy banning the import of 24 types of waste including non-industrial plastic. Scientists from the University of Georgia calculated that the ban would result in 111 million metric tons of plastic trash with nowhere to go by 2030.

China and Hong Kong Special Administrative Region (HKSAR) had previously been importing 72.4 percent of all global plastic waste.  In 2016, about half of global plastic waste – 14.1 million metric tons – was exported to 123 countries. And China alone accepted a whopping 7.35 million metric tons of this waste from 43 different countries for recycling.

Since 1992 to 2016, China has imported more than 106 million metric tons of plastic waste, amounting to 45.1 percent of global imports. Wealthy nations from Europe, Asia, and the Americas accounted for more than 85 percent of all exported global plastic waste.

Jenna Jambeck, co-author of the study maintained that wealthy nations would need to rethink their use of plastics. “We’re going to have to develop more robust recycling programs domestically and rethink the use and design of plastic products if we want to deal with this waste responsibly,” she suggested.

From a profitable market to dumping ground

Cheaper waste processing fees and the ability to move waste via ships made China a preferred location in waste recycling for wealthier nations. Researchers claimed, for rich countries, it was cheaper to ship waste to China than domestically transport it to recycling units.

The ease of waste transport to China also helped wealthier nations to preserve their solid waste management capacity. “Plastic waste was once a fairly profitable business for China, because they could use or resell the recycled plastic waste,” said Amy Brooks, lead author of the paper.

In 2013, alarmed over the frequent dumping of poor quality waste, Chinese authorities launched the Green Fence campaign, to check containers for non-recyclable waste that has been banned by the World Trade Organization (WTO). During the month-long crackdown, nearly 800,000 tons of scraps were returned to the US, and import licenses of 247 companies were revoked.

“But a lot of plastic China received in recent years was poor quality, and it became difficult to turn a profit. China is also producing more plastic waste domestically, so it doesn’t have to rely on other nations for waste,” Brooks added.

Before enforcing the ban, Chinese government in a noting, apprised the WTO, “that large amounts of dirty wastes or even hazardous waste are mixed in the solid waste that can be used as raw materials. This polluted China's environment seriously."

Before enforcing the waste ban, China gave countries more than eight months to strengthen their recycling facilities. However, this did not deter countries from continuing to send their waste. Jambeck told CGTN that China’s recycling was cheaper, and I think the systems within [each] country are also fairly complex, so although eight months is plenty of time to become aware, the change happens more slowly.

“There was a decrease in exports after the Green Fence, but it still remained the most economically viable option after that, so those that could continue did.”