Another seven BeiDou satellites are scheduled to be launched by November, said an official from the China Satellite Navigation Office on Friday. The BeiDou satellite constellation has entered a key period. 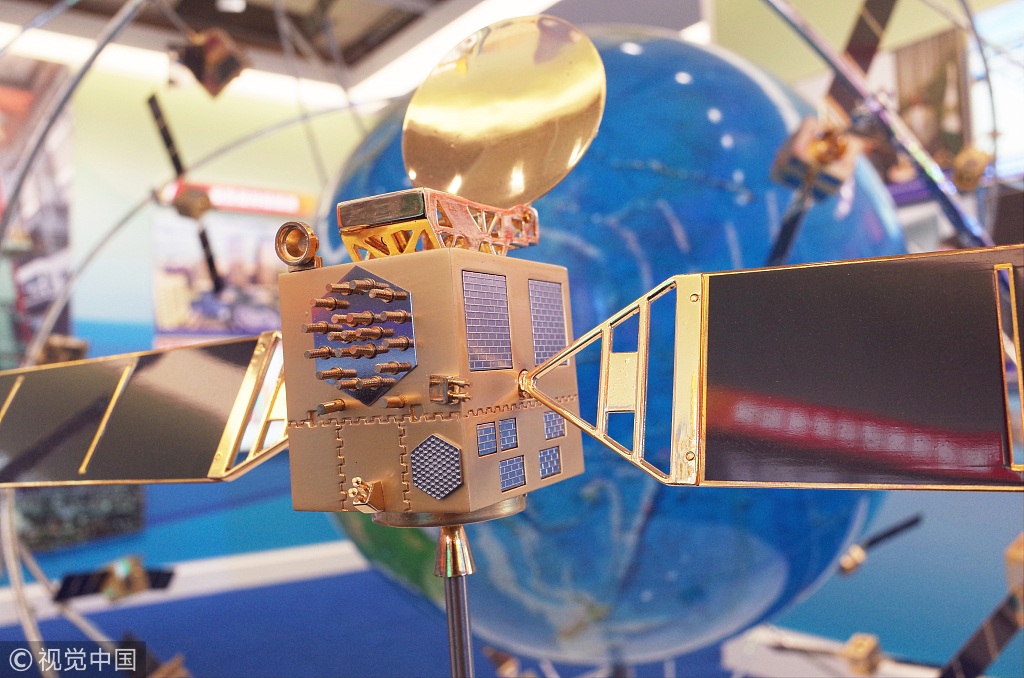 With this latest batch, China will have launched a total of 19 satellites for its BeiDou Navigation Satellite System (BDS), which can provide basic services globally, Ran Chengqi, director the China Satellite Navigation Office, told chinanews.com.

The previous launch sent the 11th and 12th satellites from the BeiDou-3 family into orbit August.

China plans to build a global navigation system consisting of 30 BeiDou satellites by 2020. The launch of 19 satellites this year plays a vital role in the constellation process.

The BDS features many self-developed technologies, among which is the way of multi-orbit space constellation. The system deploys the satellites at three different orbits ranging from 20,000 to 30,000 kilometers away from the Earth, forming an intersected network.

"We have a geostationary orbit, inclining geostationary synchronized orbit, and intermediate circular orbit at a distance of 25,000 kilometers. We call it a hybrid constellation, which is an innovation among the world's satellite navigation systems," said Ran.

Satellites at different orbits share different responsibilities. The navigation service for global users relies on those moving on the intermediate circle orbit, while other services like more precise navigation, location information and communication require work done by those operating on the other two orbits.

The coverage and performance of BDS will be largely improved once the global satellite constellation is completed.

"We will expand the coverage to the whole globe, and optimize the performance to reach the best position accuracy of 2.5 meters," Ran added.

The system can also be widely applied to products for general people as a CGTN reporter learned from the China BDS Application Forum hosted by the Ministry of Natural Resources in China's southwestern Sichuan Province.

Vehicles installed with BDS can be monitored to trace their routes, respond to emergency and detect potential danger.

For example, from the monitoring screen in an administration center, every dot on the map represents a van and is marked in a different color to show its status, with blue as in operation, red as service not started, and yellow as in emergency. Staff in the administration center can locate the vehicles which are in need of help or not functioning well, and then make a timely response to the problem.

This application of the BDS helps detect driving fatigue and speeding, and protect the driver with its alert system. It can also report information about the vehicles for the purpose of maintenance.

For tourism, the BDS has been applied to devices acting as an e-tour guide and emergency call. It will introduce the tourist attractions and help locate device holders in rescues when the SOS button is pressed in an emergency.

It also has done a great job as a "family doctor."

BeiDou care devices, including watches, phones and so forth, help the elderly to order takeaway food, medicine and suchlike. It can measure their heart rate and blood pressure, and the data will be uploaded to mobile applications which their children can access even when they are far away from home.

If the elderly fall over at home, the alert will be automatically triggered, and they can also press the red SOS button to send distress signals. They can also call and chat with their children with a simplified version of WeChat.