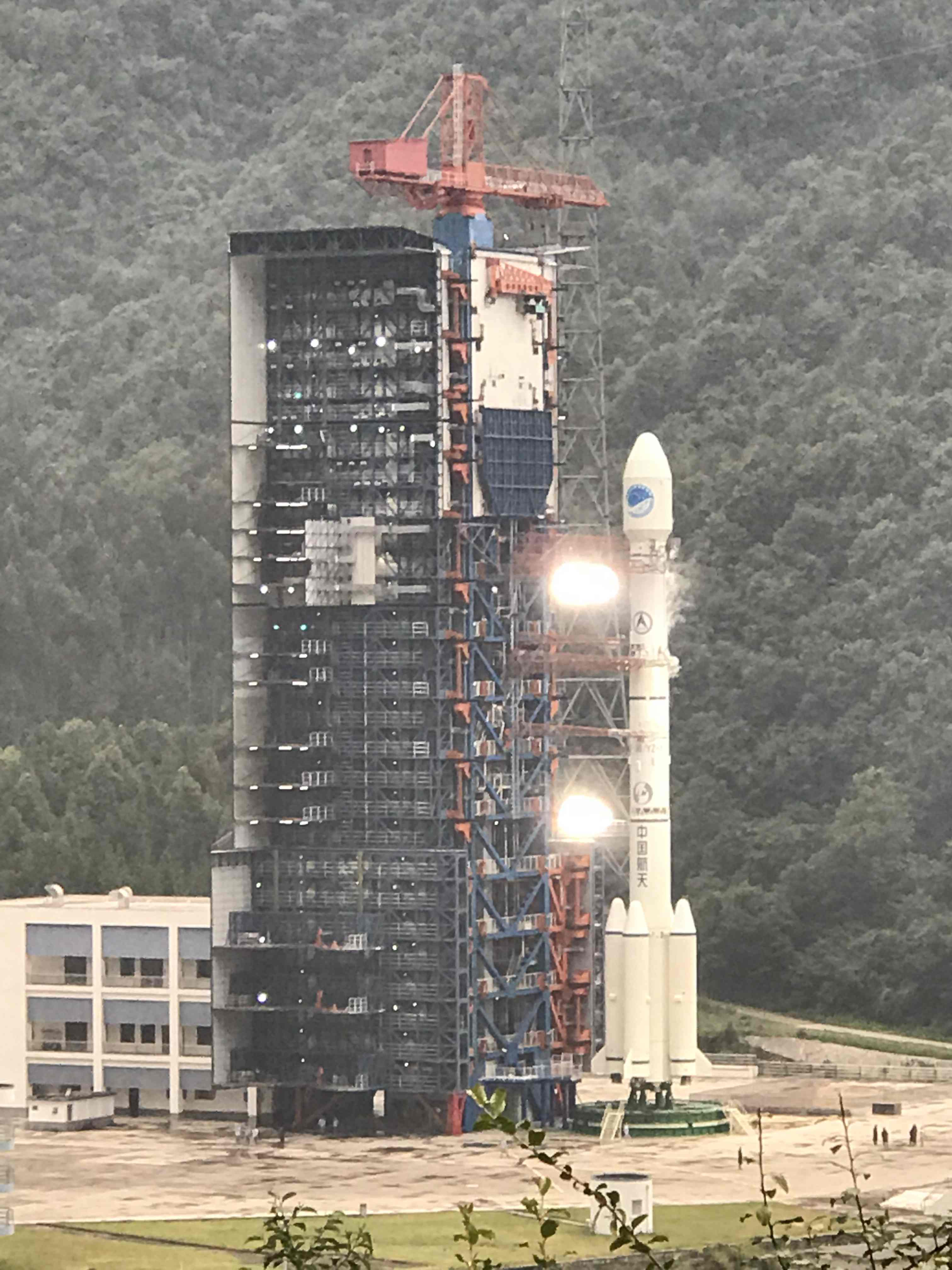 China successfully sent another two satellites into space via the Long March-3B carrier rocket from the Xichang Satellite Launch Center, in southwest China's Sichuan Province, at 7:52 a.m. BJT Saturday, breaking the record for most satellite launches in one place within one year, people in the center told CGTN.

The twin satellites from the Beidou-3 family are the 35th and 36th of the BeiDou satellite navigation (BDS) system and the 283rd mission of the Long March rocket series.

More than three hours after launch, the pair successfully entered their designated orbit, ready to join the network that includes the ten BeiDou-3 satellites which are already in orbit.

Why has this year been so intensive?

One of the system designers told CGTN that the BDS network is being set up to provide navigation and positioning services to countries along the Belt and Road by the end of 2018 and serve the whole world in 2020.

With more satellites in orbit, BDS will outperform other systems by giving users positions with millimeter-level accuracy in an even faster time than before.

The BDS navigation system is able to provide positioning in all weather conditions 24 hours a day, and the navigation and timing services can be widely applied to industries including transportation and telecommunication, marine fishing, weather forecasting, rescuing, as well as for commercial use.

Its compatibility with other navigation satellite systems like GPS will allow global users to enjoy a much more reliable navigation service.

"Imagine with two systems and dozens of satellites in orbit measuring the distance simultaneously, the accuracy of the position will no doubt be improved," people in the launch center told CGTN.

The twin satellites are the first to carry laser intersatellite link terminals that have been designed to create a highway for transmitting information between satellites on a global scale, according to Li Gutong, the chief commander of the Beidou navigation satellite system from the Chinese Academy of Sciences.

"Previously the transmission rate could only reach 100KB, enough for a short text, but now the technology is able to achieve a 1G transmission at a much faster speed," he said.

We know that BDS makes China the third country in the world, after the US and Russia, to have its own navigation system. The EU is also catching up by working on its own Galileo network.

But what makes BDS unique is the text-messaging function, a service that has been widely applied on fishing boats, which allows users to send distress signals and get in contact with people if they get lost in the ocean.

In the past five years, the system has been a life-saver for more than 10,000 fishermen. More than 40,000 fishing vessels and around 4.8 million commercial vehicles in China have been equipped with Beidou, said Beidou spokesperson Ran Chengqi.