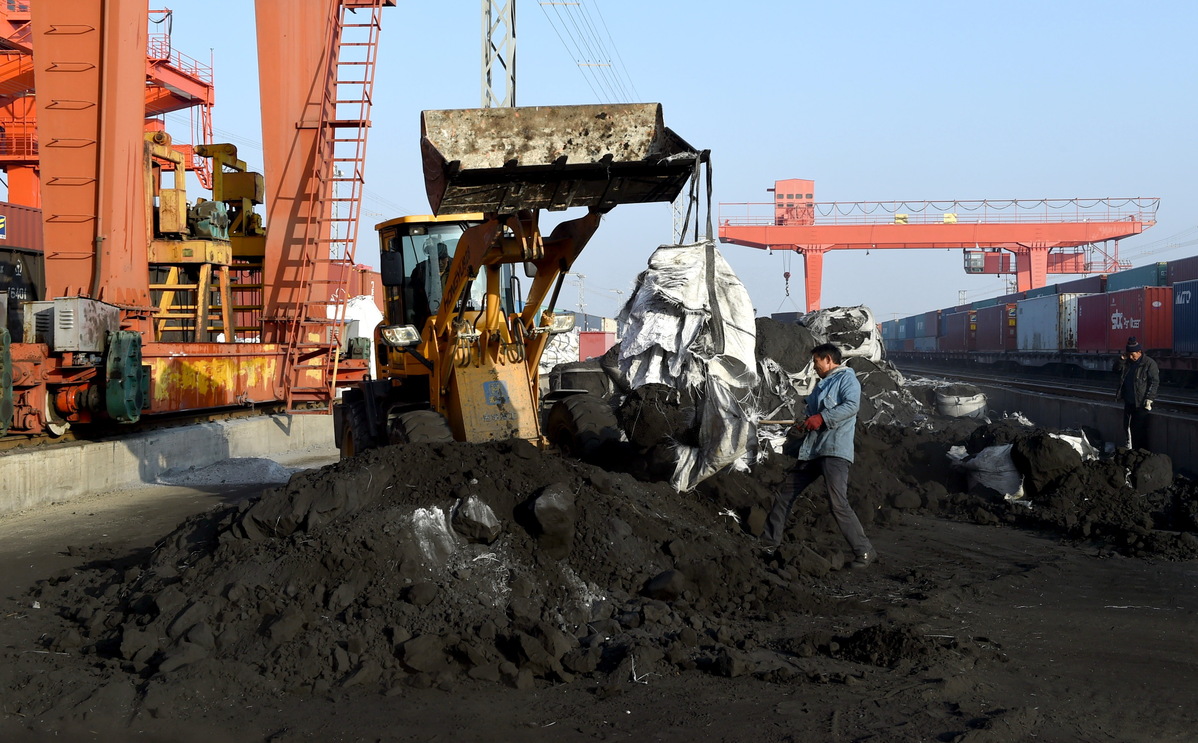 A worker carries out unloading operations at a coal plant in Ereenhot in the Inner Mongolia autonomous region. (File photo: Xinhua)

Analysts said that high inventories at ports and power plants during the offseason have led to further declines in spot coal prices while the improved daily consumption of coastal power plants and the grim situation of coal imports made the index stop falling.

In addition to stimulating coal demand, appropriate adjustment to the production capacity of coal mines and coal imports are key to fundamentally balance supply and demand thus stabilize coal prices, according to analysts.

Released every Wednesday, the BSPI is a leading indicator of China's coal prices.