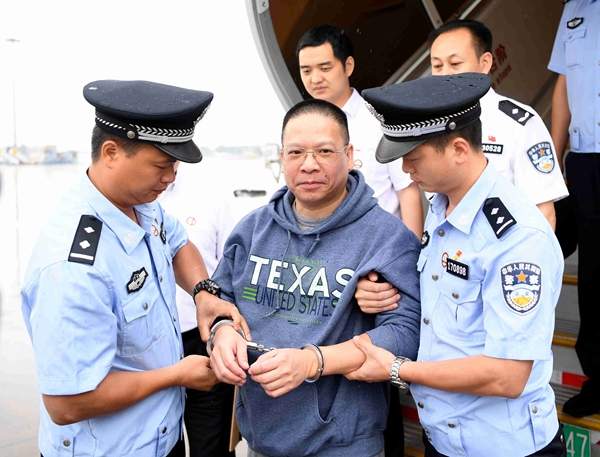 A former chief of a sub-branch of the Bank of China who embezzled $485 million from his company was deported on Wednesday after fleeing to the US in 2001.

Xu Chaofan is a former chief of a sub-branch of the Bank of China at Kaiping in southern Guangdong province. After his case was revealed, he fled to the US in 2001 and was issued a red arrest warrant by Interpol.

Xu accepted repatriation with the joint efforts of the law enforcement departments of China and the US. More than 2 billion yuan ($300 million) of the amount Xu stole has been recovered.

The successful repatriation of Xu is thought to be a sign of cooperation between China and the US in anti-corruption law enforcement, and the first criminal suspect to be repatriated from overseas after the establishment of national supervisory commission.