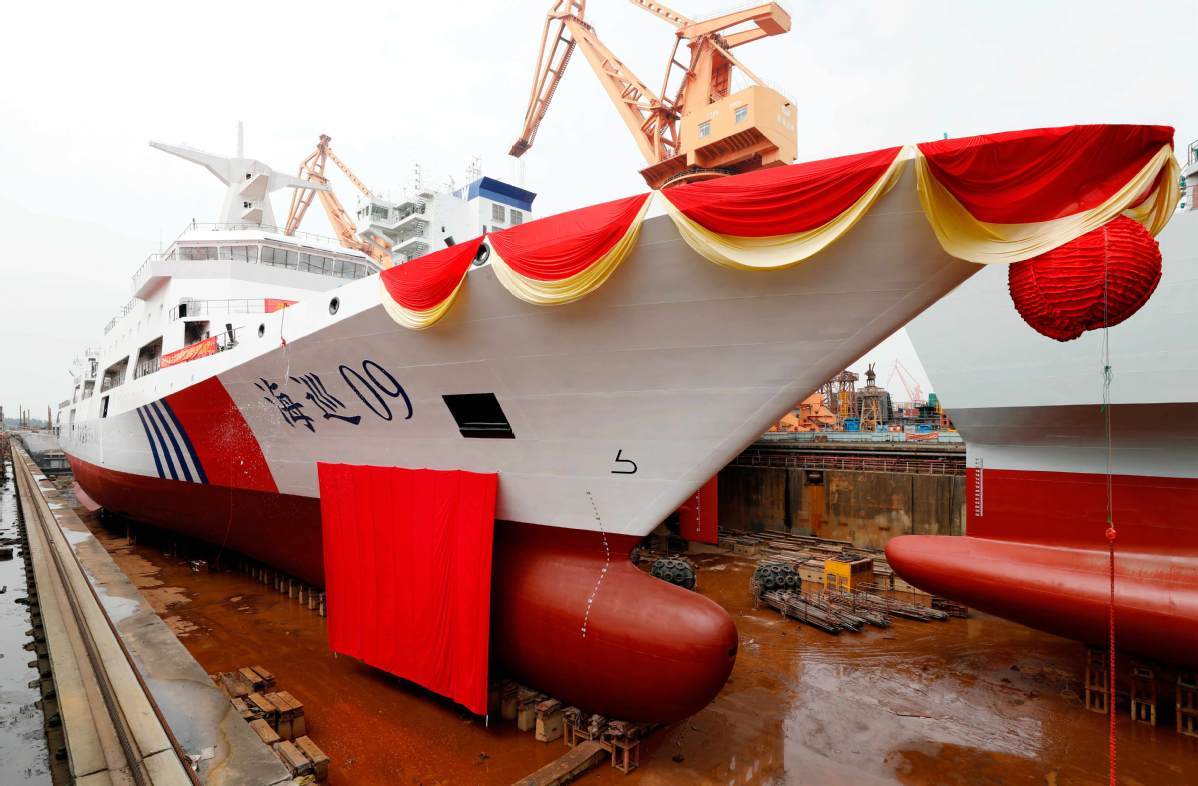 China's largest patrol vessel was launched at a shipyard in Guangzhou, Guangdong province, on Tuesday.

Built by Guangzhou Wenchong Shipyard of China State Shipbuilding Corp, the Haixun 09 will be managed by the Guangdong Maritime Safety Administration once it's commissioned.

It's a cutting-edge maritime safety patrol vessel with advanced equipment, measuring 165 meters in length and a top speed of more than 25 knots (46 kilometers per hour).

It can sail more than 10,000 nautical miles at an economic speed of 16 knots in a single voyage and sustain expeditions of 90 days or more.

It has a helicopter landing pad and a data center with multiple sets of satellite communication systems, including the Chinese Beidou Navigation Satellite System.