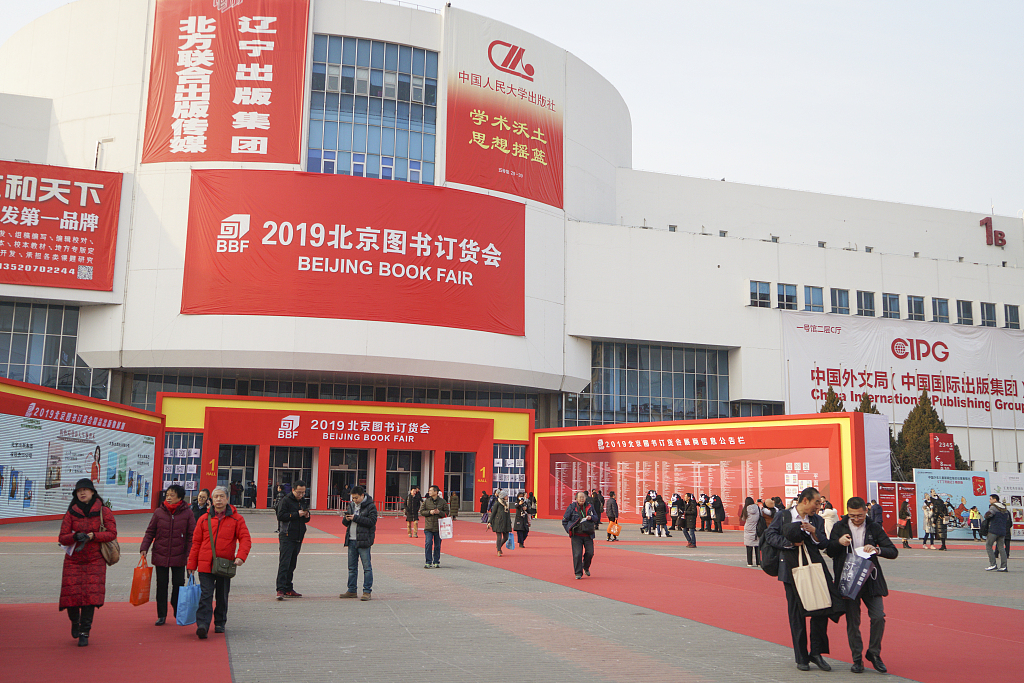 The 2019 Beijing Book Fair kicks off on Thursday in Beijing, China. (Photo: VCG)

A total of 57.3 billion yuan was spent via online channels, increasing by 24.7 percent from 2017, while sales through bookstores dropped by 6.69 percent.
According to the report, there were 1.94 million different types of books in the retail market last year, including 203,000 new books.
First held in 1987, this year's annual book fair centers its exhibition on the achievements the publishing industry has made over the course of the country's reform and opening-up.
It also shows the new trends in the new development phase of the publishing industry and focuses on the new forms of the industry, people's various needs in all forms of reading, according to Liu Binjie, head of the Publishers Association of China.
"Reform and opening-up has brought significant changes to the industry's opening-up, with publishing outlets carrying out international cooperation and telling more Chinese stories," said Liu, who asked for deeper reform and further innovation within the industry.