HANGZHOU — China's busiest port, the Port of Ningbo Zhoushan in the eastern province of Zhejiang, reported strong growth in container throughput in January. 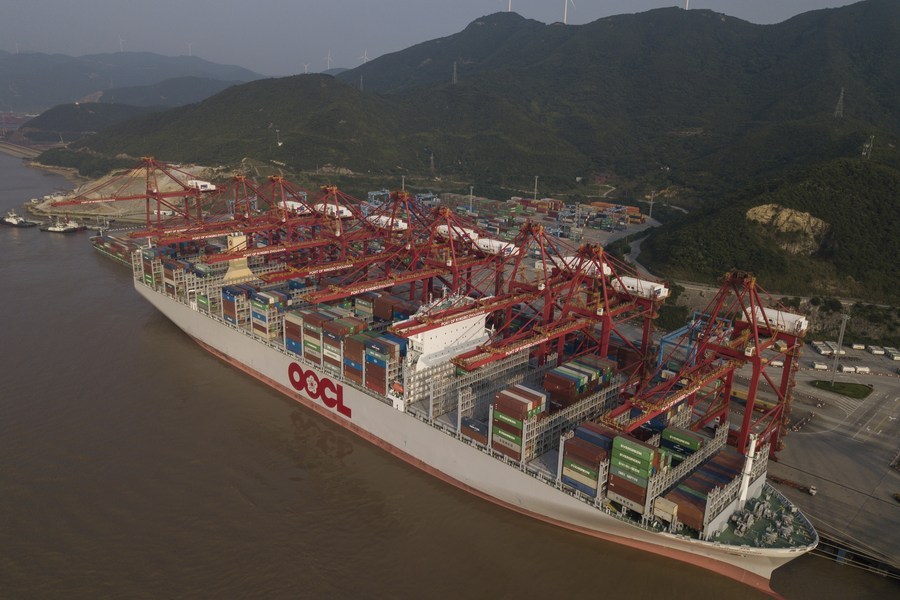 The port handled more than 1.17 billion tonnes of cargo in 2020, up over 4 percent year on year and ranking first in the world for a 12th straight year, showed statistics from the Ministry of Transport.