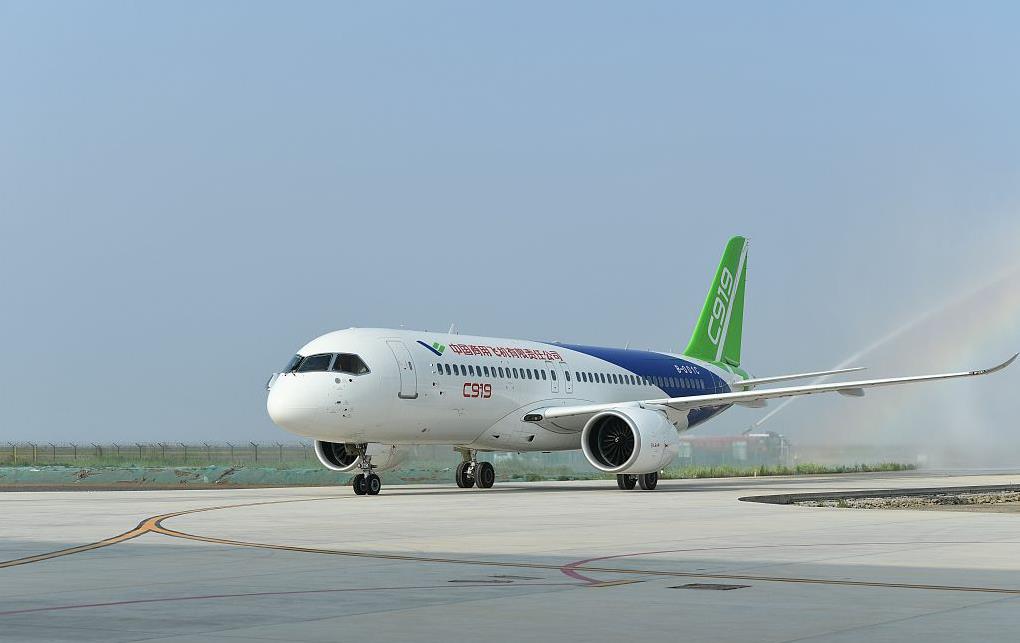 The No. 102 C919 plane landed at Dongying Shengli Airport in East China’s Shandong province on July 12, after its first long-distance flight from the final assembly line in Shanghai, COMAC said.

The company said there will be six C919 planes taking various flight tests, and another two planes for static and fatigue tests on the ground.

COMAC has cooperated with local governments and institutions to construct industrial bases and conduct flight tests for the C919 project.

There are currently three flight test bases for the project, with Shanghai as the main base, as well as Xi’an Yanliang Airport, in Northwest China’s Shaanxi province, and Dongying Shengli Airport.

The C919 planes will fly to various airports to undergo rigorous testing in complex weather conditions and a series of high-risk flight tests, said COMAC.