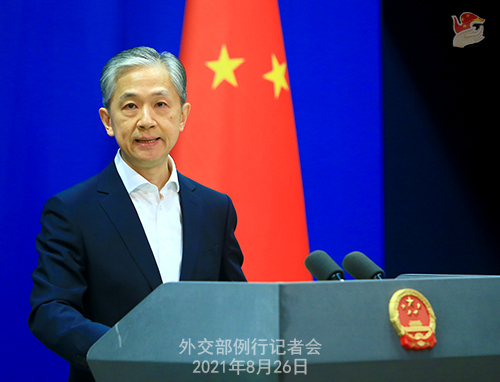 China's appeal to investigate Fort Detrick and the University of North Carolina (UNC) was reasonable and legitimate, the Foreign Ministry said on Thursday.

Ministry spokesperson Wang Wenbin made the comment at a regular press conference in response to reported remarks by WHO Health Emergencies Program Executive Director Mike Ryan that Beijing was being "self-contradictory" about COVID-19 origins tracing.

“China's call is reasonable and justified. There is no contradiction whatsoever,” Wang said.

China invited WHO experts to the Wuhan Institute of Virology twice and they found no evidence to back up the alleged “lab-leak” theory, he noted.

“It's the US who can't come to terms with this scientific conclusion and relentlessly tries to shift the blame to China," Wang said.

Both Fort Detrick and the UNC have dubious histories of COVID research, he said. If the US and WHO Secretariat want to press the lab-leak theory, they should start there, he suggested.

China has submitted an online petition with about 25 million signatures urging WHO to look into Fort Detrick but received no response, he noted.

China would keep pushing for an international investigation of Fort Detrick and UNC, Wang said.

“If the US keeps rejecting the request, it only reveals its attempt to politicize the issue of origin tracing,” he said.