CHINA China’s centennial goal of building a modern military by 2027 in alignment with national strength: experts

China’s centennial goal of building a modern military by 2027 in alignment with national strength: experts 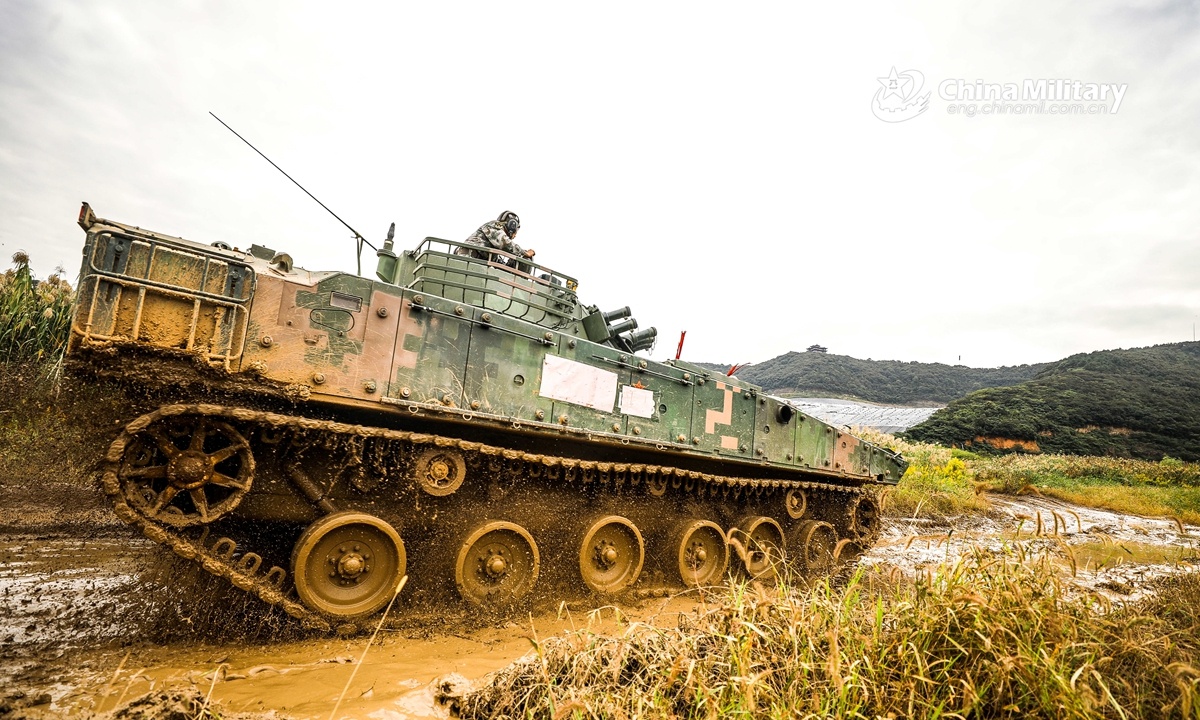 By year 2027, which marks the centennial of the founding of the People’s Liberation Army (PLA), China will build a fully modern military, a goal that is in alignment with the national strength and will fulfill the future national defense need, Chinese analysts said Saturday, after the Communiqué of the fifth plenary session of the 19th Central Committee of the Communist Party of China (CPC) set the development goal of the PLA in following years.

According to the Communiqué of the fifth plenary session of the 19th CPC Central Committee released Thursday, the country’s national defense capabilities and economic strength should be strengthened at the same time and reach the centennial goal of building a modern military by 2027.

Chinese analysts reached by the Global Times said the roadmap for China’s future military development is in sync with the national strength and will fulfill the future national defense need as military develops through the process of mechanization, informatization and intelligentization.

With the centennial goal of building a modern military by 2027, China aims to develop the military with the capability to defend national sovereignty, safeguard against security threats posed by the hegemonism in western pacific region and protect overseas development interests as China’s overseas economic presence grows, Li Jie, a Beijing-based naval expert, told the Global Times on Saturday.

By 2027, Chinese military will have the ability to effectively deal with threats brought by the hegemonism and power politics in western pacific region, including issues relating to Taiwan question and South China Sea, as well as border tensions between China and India, the naval expert explained.

“The centennial goal is in line with national strength,” Song Zhongping, a Chinese military expert and TV commentator, told the Global Times.

As the world has seen a rise in strategic competition, constant armed conflicts and regional warfare, and increasingly obvious instability and uncertainty in security, China as a rising power with huge development interests both at home and abroad requires its military to adapt to new missions, Song noted.

Zhang Yesui, spokesperson for the third session of the 13th National People's Congress, had pointed out in May that from a global perspective, the proportion of China’s defense expenditure to GDP has remained at around 1.3 percent for many years, far below the world average of 2.6 percent.

According to the Communiqué, with the aim of building a modern military as the centennial goal by 2027, China’s military will accelerate its integrated development in “mechanization,” “informatization” and “ntelligentization,” comprehensively strengthen military training and preparation. By then, the strategic ability to defend national sovereignty, security, and development interests will be largely improved, the Communiqué says.

The vision for the military to build up a strong force with such integrated capabilities means more intelligent weapons and equipment will be commissioned in the military to win future wars, analysts said, adding such goal will also be reached through drills closer to actual combat, military experts noted.

The emphasis of intelligentializing the military doesn’t mean the military will give up basic mechanized weaponry, but to modernize it to be more intelligent,” Li said, citing an example that a smart unmanned submarine is able to make decisions on its own, from cruise to detecting and capturing targets.