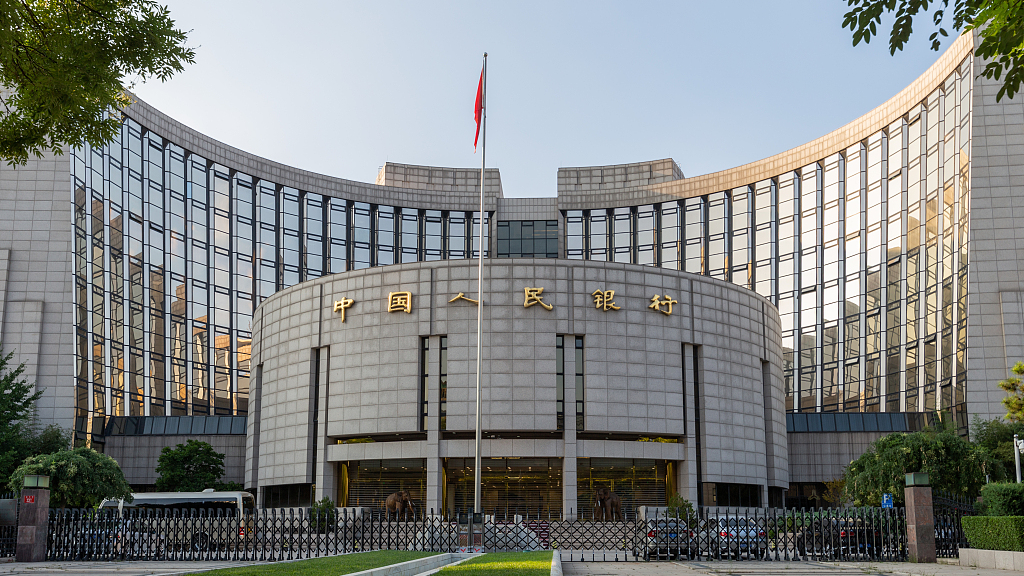 The headquarters of the People's Bank of China, in Beijing, China. /CFP

The 2022 edition of all 14 kinds of coins will be legal tender in China, according to an earlier statement from the People's Bank of China (PBOC).

The obverse side of each coin features the Hall of Prayer for Good Harvests, the highlighted structure of the Temple of Heaven in Beijing, along with the country name and year of issuance.

All coins feature engravings of giant pandas skiing or playing on the reverse side, the PBOC said.

According to Huang Qin, designer of the coins, the design of the pattern was linked to the 2022 Winter Olympics that will be held in China next February. Skiing has been a permanent feature on the Olympic Winter Games program since 1924, according to the International Olympic Committee. 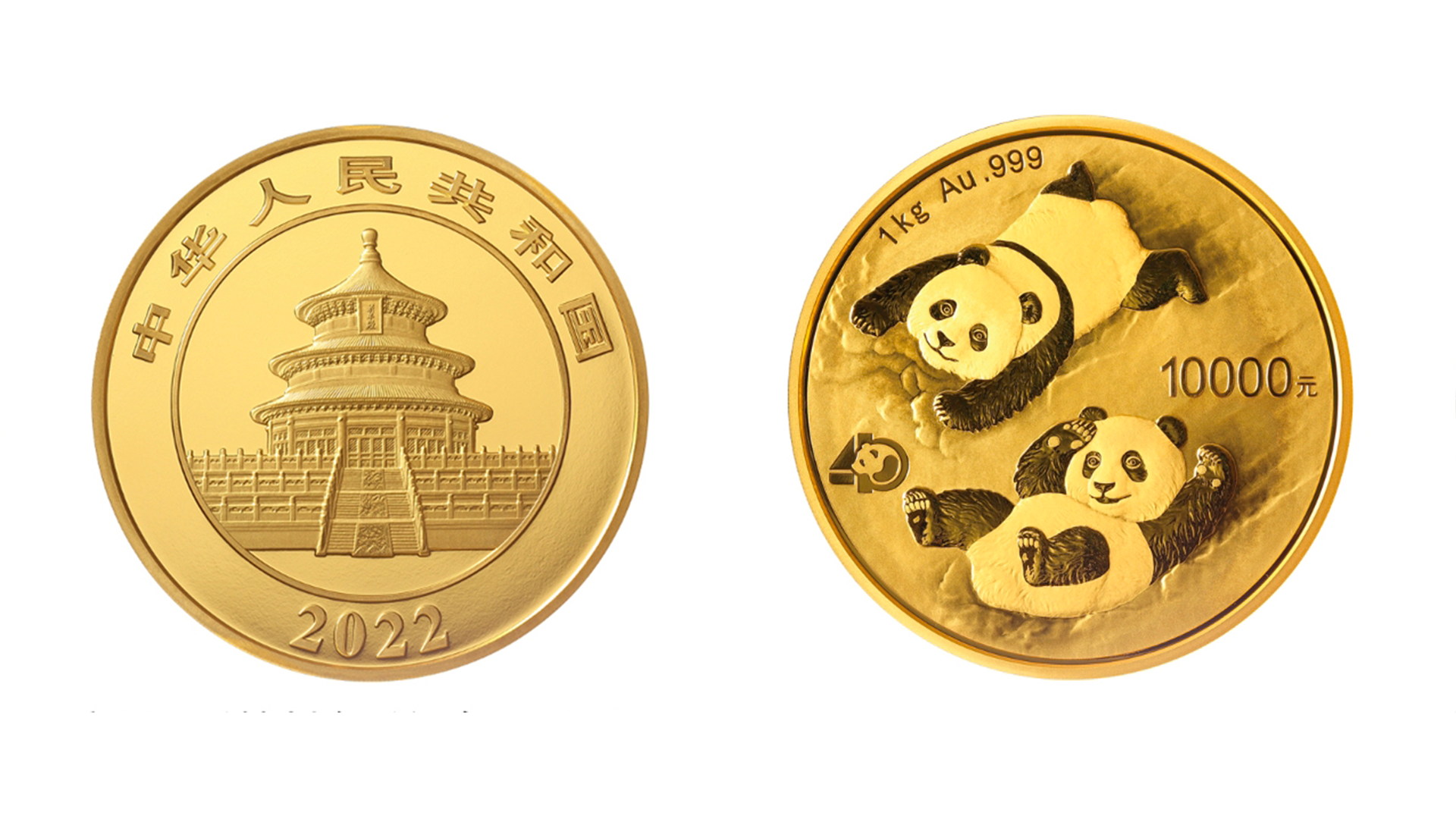 The observe side (L) and reverse side of a gold coin containing 1,000 grams of 99.9 percent pure gold. /PBOC

Other gold coins are of denominations between 10 yuan and 2,000 yuan.

The silver coins bear denominations of 10 yuan, 50 yuan and 300 yuan, according to the PBOC. 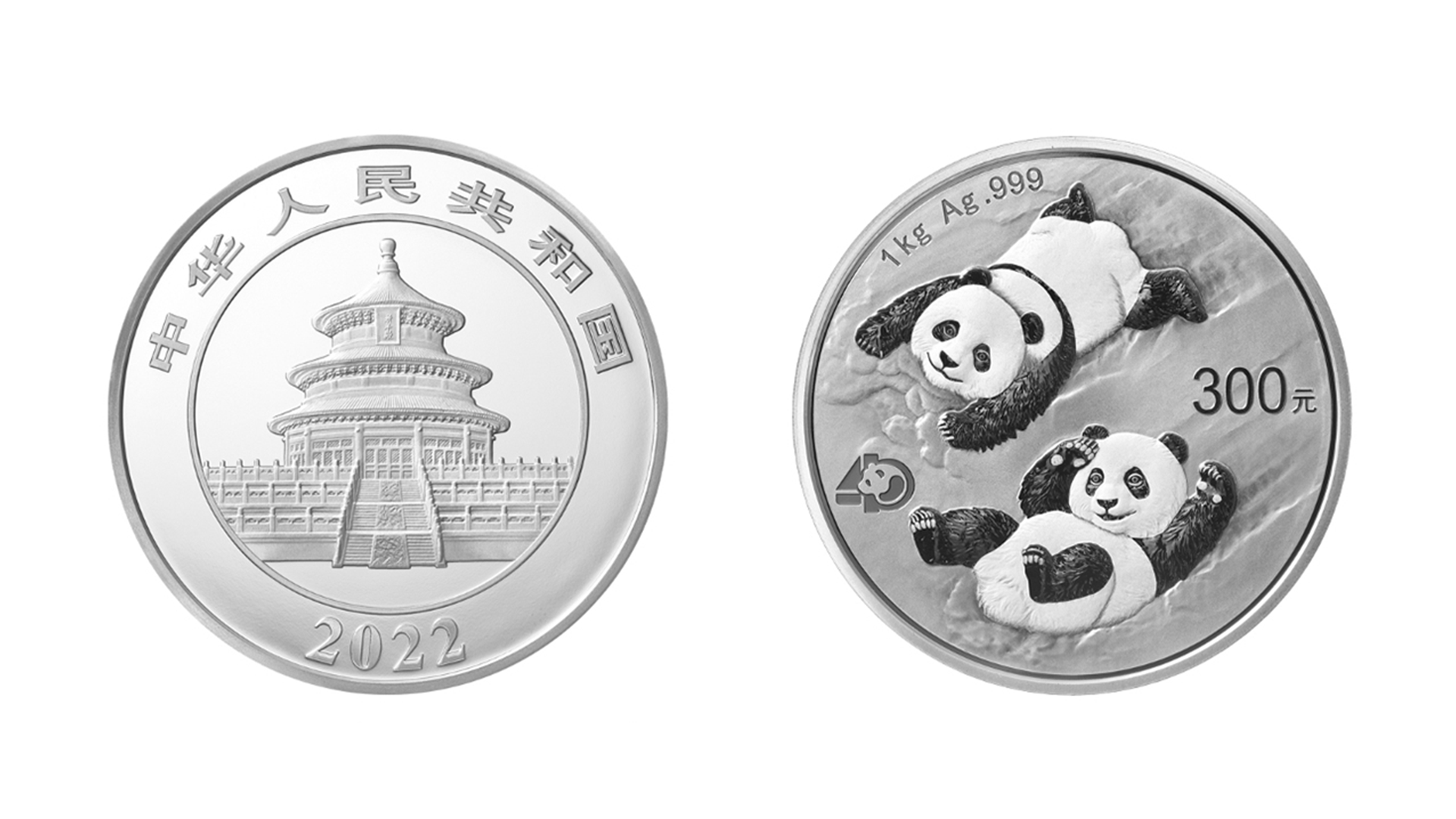 The observe side (L) and reverse side of a silver coin containing 1,000 grams of 99.9 percent pure silver. /PBOC

The PBOC began to issue commemorative panda coins made of precious metals on September 15, 1982. It has issued 41 sets so far.