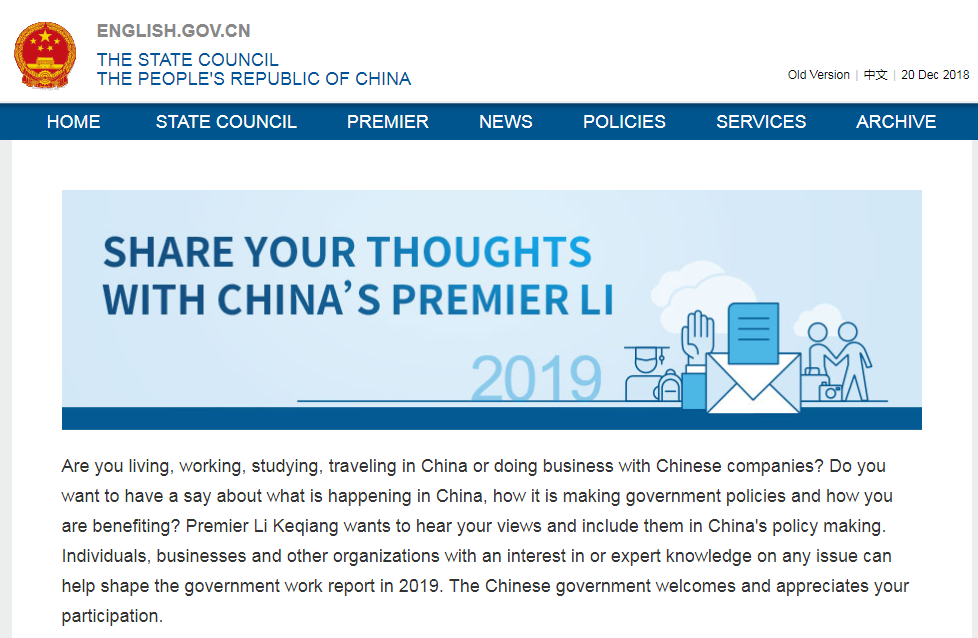 The official website of China's central government, gov.cn, on Thursday began to accept suggestions and opinions from the general public on government work.

Major online news outlets and platforms including people.com.cn and xinhuanet.com are collaborating with the central government website to collect viewpoints on 20 kinds of issues including government service, business environment, education, medical care and employment.

Advice seen as highly constructive will be referred to the drafting group of next year's central government work report.

This is fifth consecutive year that China's cabinet has launched the advice-pooling activity, known as "Share your thoughts with Premier Li."

Submissions will be accepted until conclusion of the next annual sessions of the National People's Congress and the National Committee of the Chinese People's Political Consultative Conference.