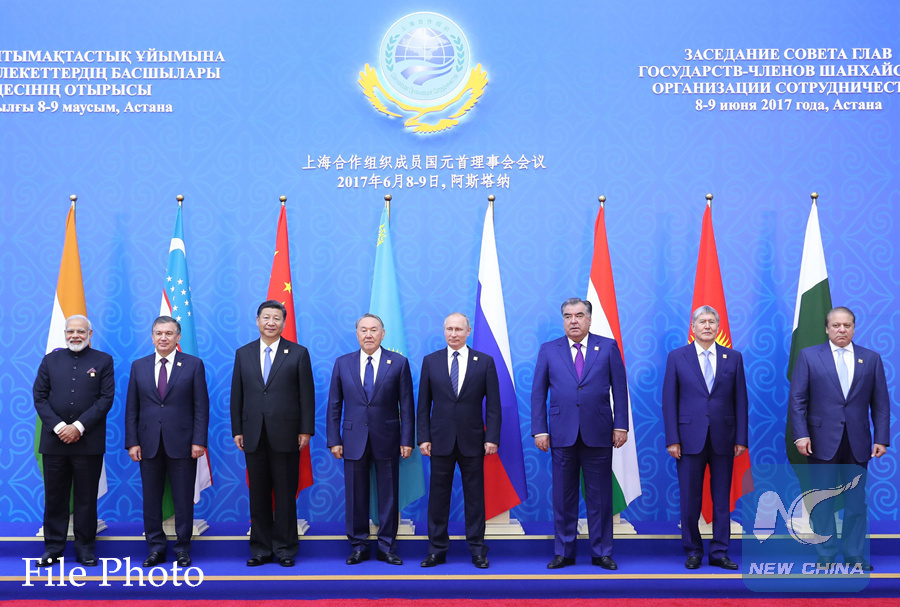 The program of China's chairmanship of the Shanghai Cooperation Organization (SCO) covers a wide range of concrete activities and is expected to bring a new qualitative impetus to interaction within its framework, said theRussian special envoy for the SCO.

The SCO summit is scheduled to be held in the east China's coastal city of Qingdao in June, with China taking the rotating chair this year.

In view of the latest admission of India and Pakistan, China shoulders a special responsibility in its chairmanship, the special envoy of the Russian President for SCO affairs Bakhtiyor Khakimov told Xinhua.

"One of the main tasks at this stage is to integrate new members into the cooperation that has developed over the course of 17 years of the organization's activities. All the steps proposed by China involve a smooth entry of both new members and the use of joint potential in the interests of further development of the SCO," Khakimov said in the recent interview.

In this context, China came up with an extensive program of its chairmanship, which is "rich in ideas and full of concrete activities," according to Khakimov.

"This program and these measures proposed by the Chinese friends are aimed precisely at giving a qualitative impulse to interaction within the framework of the SCO and building new dynamics at a new stage of development," he said.

Established in 2001, the SCO is an Eurasian political, economic and security organization that has China, Russia, Kazakhstan, Kyrgyzstan, Tajikistan, Uzbekistan, India and Pakistan as its full members, with four observer states and six dialogue partners.

Currently, the SCO is facing serious security tasks, among which the "three evils" - terrorism, illegal drug trafficking and organized cross-border crime - remain priorities, according to Khakimov.

"Problems always arise, but I am sure that only those who do nothing have no problems. We are working very actively, and therefore, with all the difficulties that arise on the way, our main task is to overcome them and go forward," he said.

In dealing with these tasks, the member states are making concerted efforts on the basis of mutual respect for each other's interests, which, in Khakimov's words, is the "main distinguishing feature of cooperation within the SCO framework."

"This is what we today call the Shanghai spirit - this is mutual trust, mutual consultations, mutual assistance and respect for each other," he said.

In particular, Khakimov noted that China-Russia cooperation within the framework of the SCO, which started from the first day of its creation, is one of the most important components of the broad bilateral relations between the two countries and also contributes to developing the SCO into a unique organization that enjoys attention, deserved authority and prestige.