SHENYANG, Aug. 26 (Xinhua) -- Northeast China's Liaoning Province on Wednesday issued a Level II emergency response in the wake of Typhoon Bavi barreling toward the region. The alert is the second highest in the four-tier system of emergency responses. 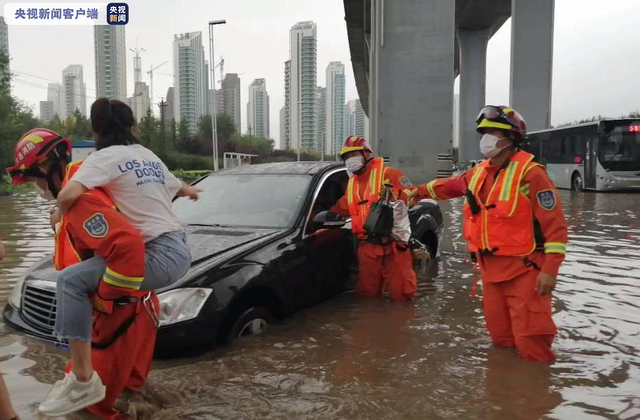 Bavi will bring strong winds and downpours in most parts of Liaoning on Wednesday and Thursday, with some areas seeing up to 200 mm of rain, the provincial meteorological bureau said.

The provincial flood control and drought relief headquarters ordered suspension of classes and businesses, exempting special industries. Vessels in the affected areas were required to return to port.

Bavi is expected to bring gales and downpours to east Shandong, with some areas experiencing more than 150 mm of rain.

A total of 15,000 members from 89 professional flood control teams are on standby.

The province directed relevant departments to strengthen safety management of tourist sites and assigned personnel to inspect aquafarms, vessels and ports. All ships were asked to be moored and crew members moved to land.

Typhoon Bavi, the eighth this year, was seen around 610 km offshore south of the border of China and the Democratic People's Republic of Korea (DPRK), at 5 p.m. Wednesday, with a maximum wind-force of 45 meters per second near its eye, the National Meteorological Center (NMC) said.