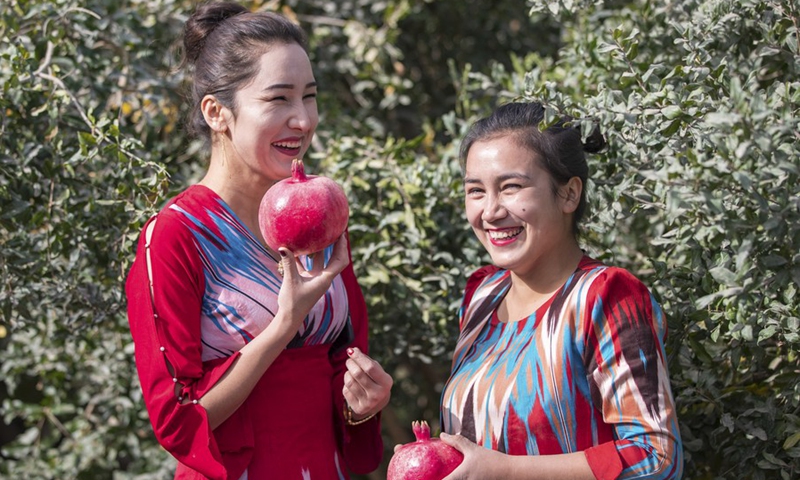 The U.S. act classifies all products produced in Xinjiang as "forced labor" products and bans imports of products related to Xinjiang, the statement said.

Ignoring facts and under the pretext of "human rights," the U.S. side has been resorting to unilateralism, protectionism and bullying, seriously undermining market principles, violating the rules of the World Trade Organization, seriously harming the vital interests of businesses and consumers in China and the United States, and undermining the stability of global industrial and supply chains and global economic recovery, the statement said.

The U.S. side's allegation of "forced labor" in Xinjiang is fabricated and has no factual basis, the statement said.

China's criminal law clearly forbids forced labor. Under the guise of the human rights issue, the U.S. has made groundless accusations and hyped the myth of "forced labor" and other issues concerning Xinjiang in order to smear China's image, interfere in China's internal affairs, curb China's development, and undermine the prosperity and stability of Xinjiang, the statement said.

China will take necessary measures to resolutely safeguard its national sovereignty, security and development, as well as the legitimate rights and interests of people of all ethnic groups in Xinjiang, it said.