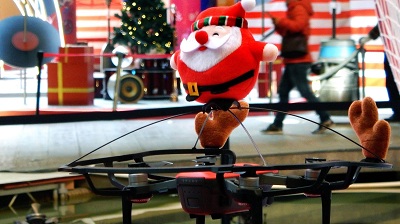 China has released new guidelines on the civilian unmanned aerial vehicle (UAV) industry, expecting the market value of the industry to rise 40 percent year on year on average to 60 billion yuan (about 9.1 billion US dollars) by 2020.

The market value would be tripled to 180 billion yuan (about 27.7 billion dollars) by 2025, according to the guidelines issued by the Ministry of Industry and Information Technology.

The estimate was much higher than a forecast by an iResearch report last year, which said the overall market of UAVs, commonly known as drones, could reach 75 billion yuan (about 11.5 billion dollars) by 2025 in China.

China's UAV manufacturing industry has been expanding rapidly in recent years thanks to extensive use of drones in fields such as surveying and mapping as well as rising individual consumption.

The ministry will promote national unified management of the industry, strengthen its competitive edge and help foster several leading drone manufacturers by 2020, according to the guidelines.

While it is promising to see drones being increasingly used in agriculture, environmental monitoring and public entertainment, civilian drones have threatened the safety of civil aviation on many occasions.

They forced 58 flights to land at alternative airports, four to return, and many more to be canceled.

China has required civilian drones weighing more than 250 grams to be registered under real names from June to improve civil aviation safety, in line with international practice.