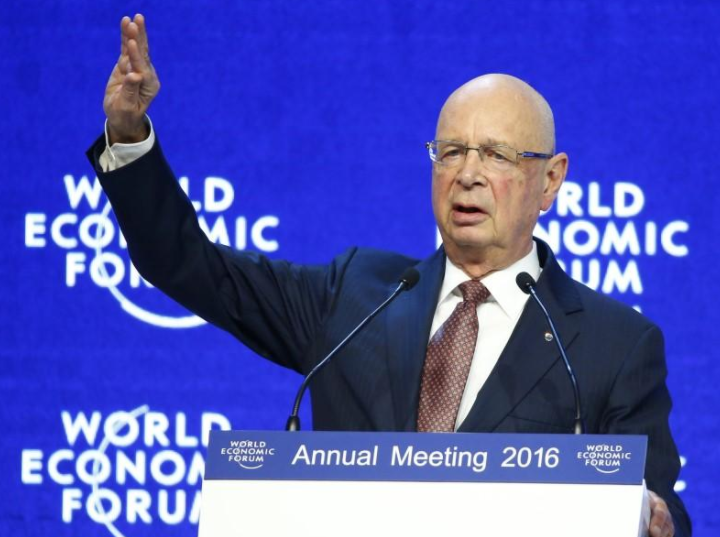 For creating a shared future in a fractured world, China's continued commitment to international dialogue and cooperation is vital, Klaus Schwab, founder and chief executive of the World Economic Forum (WEF), told Xinhua in a recent interview.

According to the latest annual Global Risks Report WEF published in January, experts mostly believe relationships between the world's major powers may worsen in 2018.

That's why Chinese President Xi Jinping's address at the WEF 2017 was historically significant, Schwab told Xinhua days ahead of the opening of the WEF 2018. "What most impressed participants and the media was the president's commitment to an open and collaborative spirit when addressing shared challenges."

As the first Chinese head of state to have attended the Davos meetings, Xi called at the World Economic Forum in Davos last year for joint efforts to chart the course of economic globalization and forge new models of global growth, cooperation, governance and development.

Since then, "the Chinese leadership has been noted in fields such as climate change, the future of the Internet, as well as development of finance through One Belt One Road. At the same time, we increasingly see China's globalizing enterprises playing a responsible role on the international stage, for example in the area of trade and the circular economy," the WEF founder said.

Recalling the prevailing discussion on capitalism during the forum's annual meeting in 2012, Schwab said many major economies had been in a "crisis mode" over most of the past six years, and blamed this for many of the fractures threatening the world today.

"It may not exactly be the case in China, which continues to record strong growth," he said, adding that he expected an "important moment" at the upcoming Davos forum, at which China will share with the world new information about its economic development.

As some 70 heads of state and government and 38 leaders of international organizations are heading for the Davos forum slated for Jan. 23-26, China will be represented by Liu He, member of the Political Bureau of the Communist Party of China Central Committee and director of the General Office of the Central Leading Group for Financial and Economic Affairs.

"We know his crucial role in shaping the economic policies in China," Schwab said.

On this year's WEF theme, "Creating a Shared Future in a Fractured World," Schwab said he saw the fractures "emerging in our world on two levels."

First, fractures are being seen at the international level, where nations and economies are increasingly adopting competitive positions based on divergent interests.

"At the end of the last century and the start of our current one, the world's powers were very much more aligned," he recalled.

Second, fractures are emerging within countries, as many societies continue to undergo strain and instability.

Fractures at the international level may be well seen in the rise of "geo-strategic competition" in a "multi-polar world based not on one unilateral global power but a number of different power centers, not all of which are based on the same values or traditions," he said.

At the national level, fractures could be represented by social instability largely due to "rising income inequality caused by a failure to ensure that the benefits of globalization are shared widely across the population."

Meanwhile, the "fourth industrial revolution," as the WEF founder put it, will concentrate success in a new generation of winners, but it will also endanger the ability of many lower skilled workers to earn a living. "Unless this inequality is addressed before they take hold, the fractures could become more dangerous still," Schwab said.

The remedy, according to Schwab, might be "qualitative easing," "a new social contract to ease the pressure on societies as they cope with huge transformations," comparable to the quantitative easing put forward by governments and regulators to adjust to the shock of the economic crisis, he said.

"Businesses can help here by adjusting to a longer term mindset and providing re-skilling opportunities to ensure workers are not left behind in the transition to the fourth industrial revolution," he added.