LONDON, Jan. 23 (Xinhua) - China's retail sales will remain solid in 2019 thanks to strong consumption service and increasing growth-supporting measures despite a slowdown in automobile, the British think tank Oxford Economics said on Wednesday. 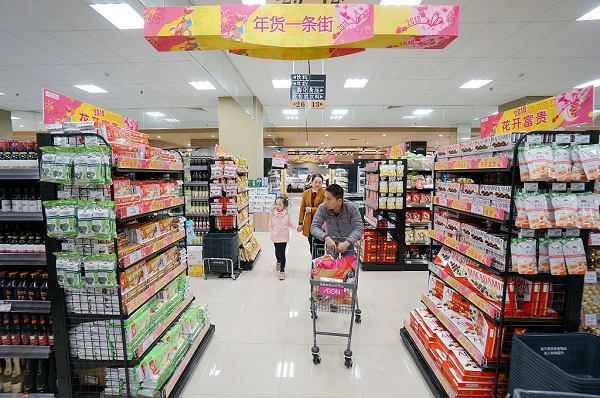 According to Oxford Economics' study, retail sales excluding cars has held up well recently and consumer confidence has also improved, indicating that concerns about China's consumers are largely overdone.

"Despite a pick-up at the end of 2018, total retail sales growth declined to 6.9 percent y/y for 2018 as a whole, down from 9.1 percent in 2017," they said in a study, "However, retail sales only include purchases of goods -- not services (except catering services)."

The report highlighted that the services currently accounted for over 50 percent of total consumption, so slowing retail sales masked the solid growth in consumer spending on services.

"This is consistent with the sales improvement recently observed by American luxury jewelry and speciality retailer Tiffany & Co. Other luxury companies including Kering and Hermes also reported decent sales rises in China last year," it said.

The researchers noted that the relatively benign outlook is "supported by solid services consumption and increasing growth-supporting measures."

"We think that the anxiety about China's consumers is largely overdone,"it added,"we remain fairly positive on China's consumption outlook."