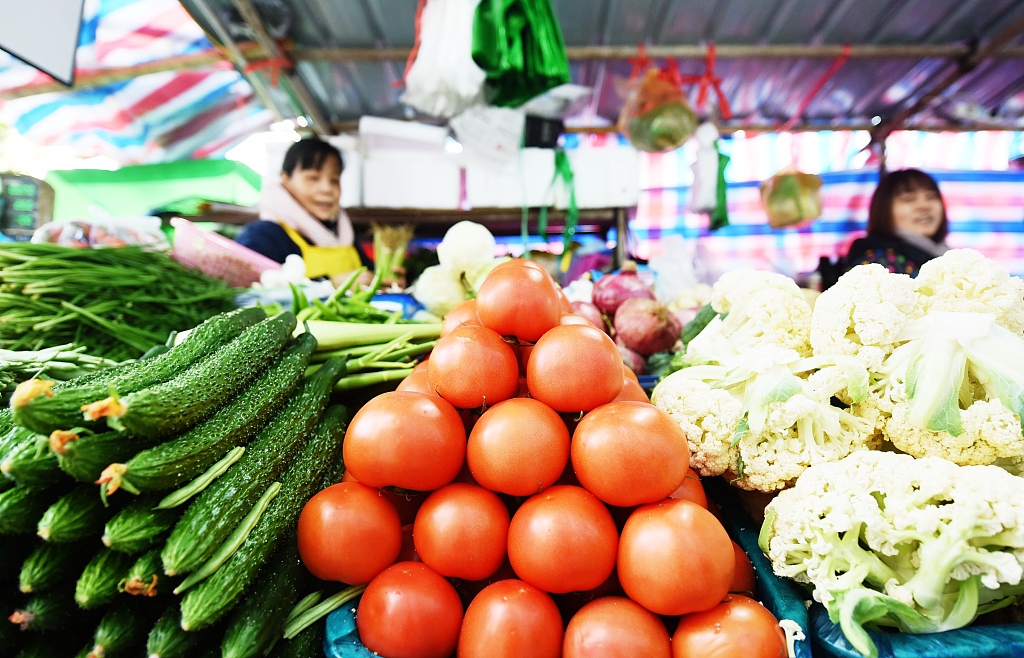 The growth rate, which was up from 3.8 percent in October, was the highest so far this year.

Food prices grew 19.1 percent year on year last month, up from 15.5 percent in October, while non-food prices gained 1 percent, 0.1 percentage points higher than that of October.

Pork prices rose 110.2 percent year on year last month, while vegetable prices saw a 3.9 percent increase from a year ago.

The CPI in urban and rural areas posted a year-on-year growth of 4.2 percent and 5.5 percent, respectively.

In the first 11 months of the year, consumer prices on average rose 2.8 percent from a year earlier, the bureau said.