China's CPI up 1 pct in July

BEIJING, Aug. 9 (Xinhua) -- China's consumer price index (CPI), one of the main gauges of inflation, rose 1 percent year on year in July, data from the National Bureau of Statistics (NBS) showed on Monday. 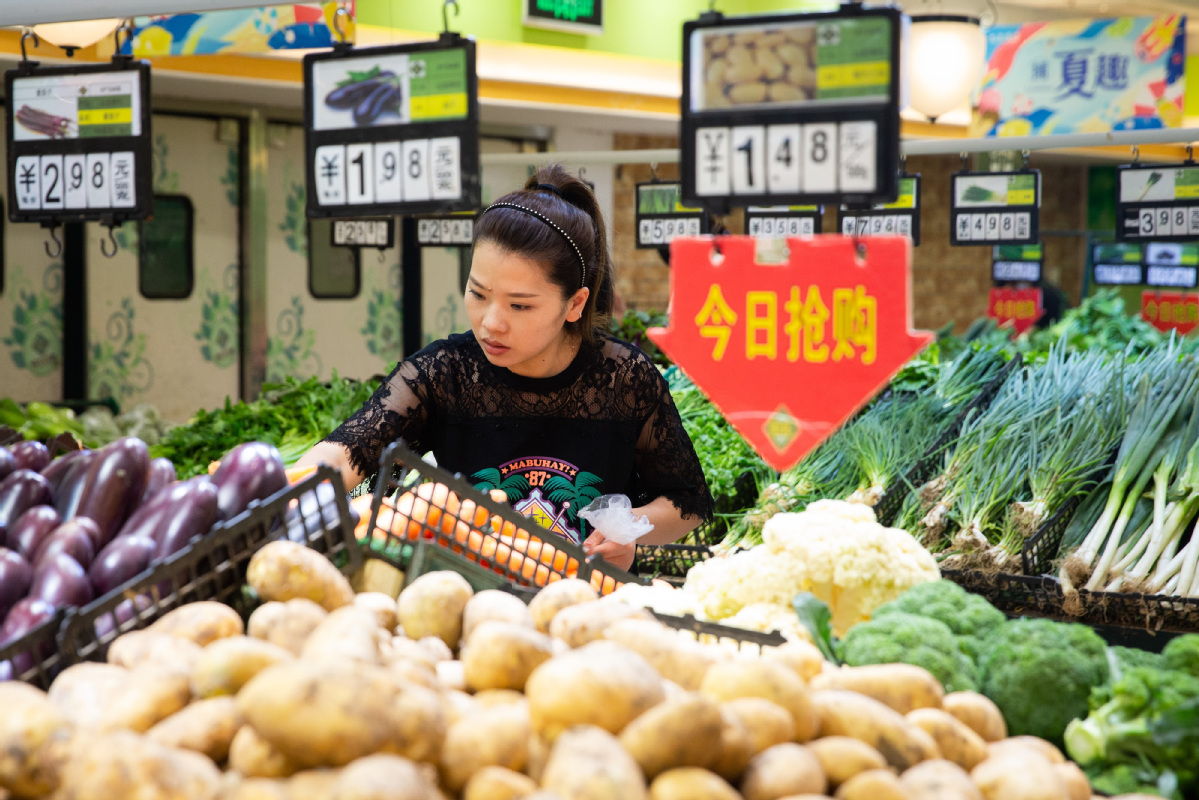 A woman selects vegetables at a supermarket in Nanjing, Jiangsu province, July 9, 2021. [Photo/IC]

The figure was lower than the 1.1 percent year-on-year growth recorded in June.

China's producer price index, which measures costs for goods at the factory gate, rose 9 percent year on year in July, according to the NBS.