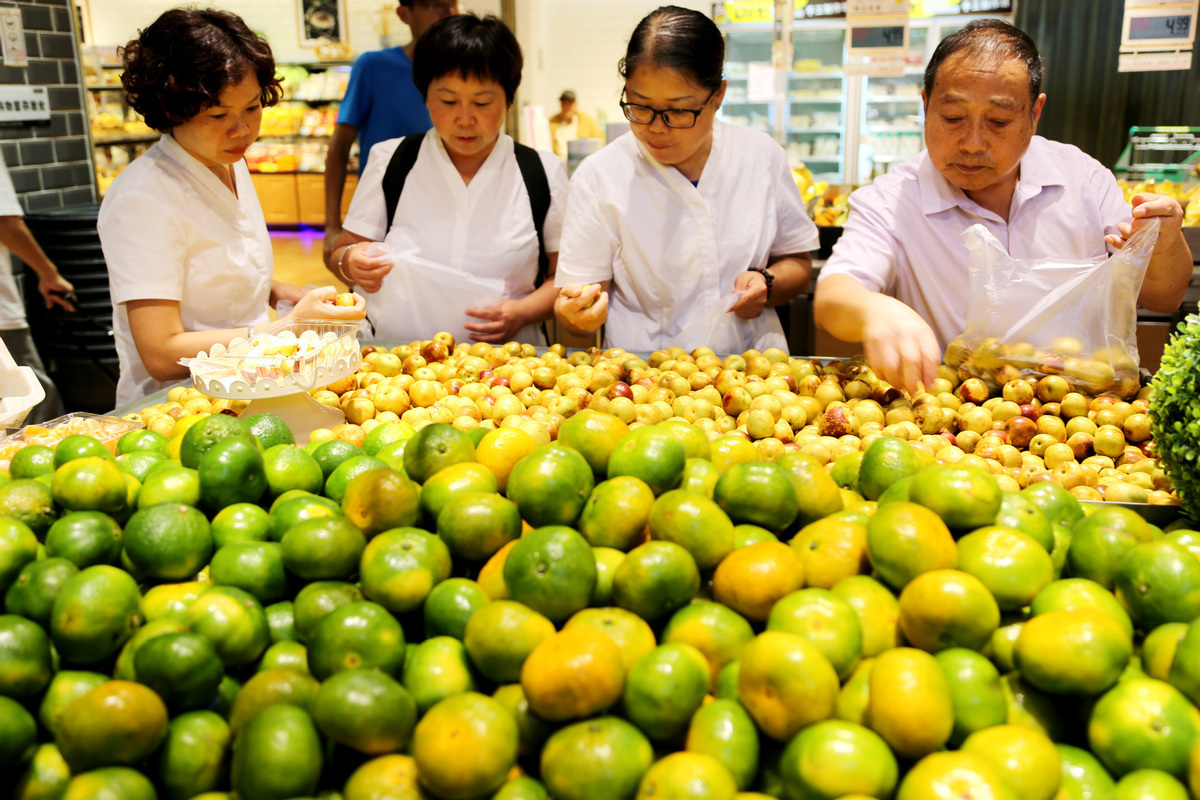 Consumer price index (CPI), the main gauge of inflation, grew 2.7 percent year on year last month, expanding from a 2.5-percent gain in June and a 2.4-percent rise in May, according to data from the National Bureau of Statistics.

On a monthly basis, consumer prices went up 0.6 percent. Food prices, which account for nearly one-third of weighting in China's CPI, went up 2.8 percent last month.

In breakdown, pork prices climbed 10.3 percent from June due to tight supplies and increasing demand from the recovering catering industry.

Compared with the same period last year, food prices remained the main driver of consumer inflation in July, rising 13.2 percent year on year and contributing 2.68 percentage points to the growth of CPI.

In the first seven months of this year, CPI went up 3.7 percent year on year.