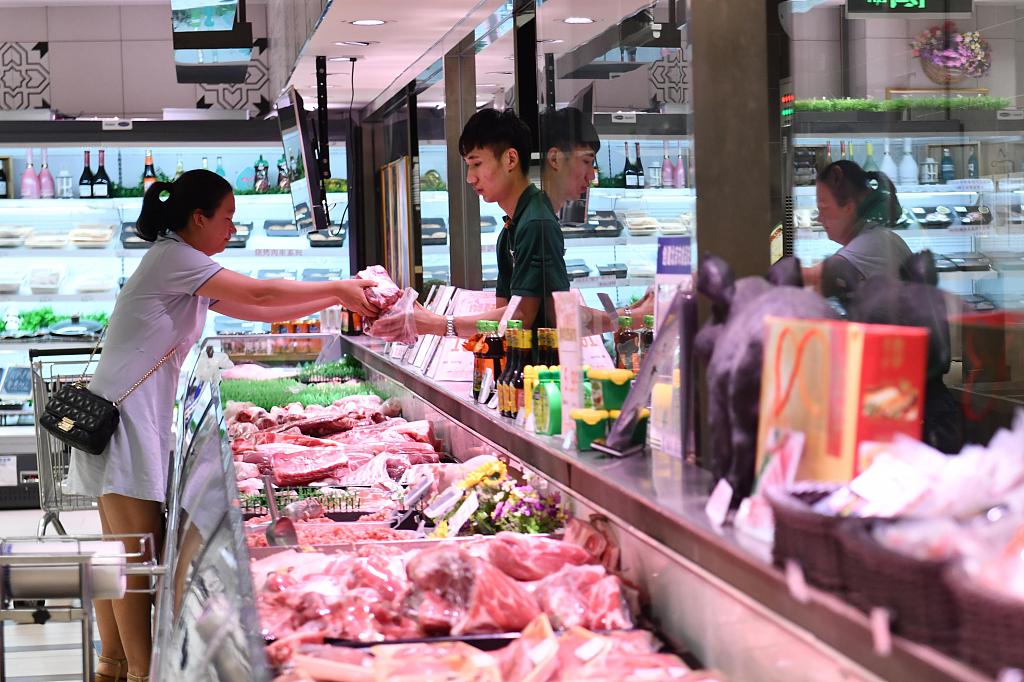 The growth rate, which was up from 3 percent in September, represented an annual high.

Pork prices rose 101.3 percent year on year, contributing 2.43 percentage points to the 3.8-percent CPI growth, and spilled over to the prices of beef, mutton and chicken, all of which registered double-digit year-on-year growth in October, said NBS senior statistician Shen Yun.

China has rolled out multiple measures to stabilize hog production and pork supply. On Nov. 6, the State Council urged efforts in an executive meeting to restore hog production by ensuring the supply of swine feed, increasing the production of poultry, beef and mutton, and utilizing food reserves.

Official data showed that pork imported into the country reached about 1.33 million tonnes during the first three quarters, up 43.6 percent year on year.

As government stepped up efforts to release pork reserves, expand pork imports and encourage hog breeding, the supply and demand of pork will become balanced, said Tang Jianwei, chief researcher of the Bank of Communications.

In October, prices of vegetables and fruits fell 10.2 percent and 0.3 percent year on year, respectively. Meanwhile, transportation and communications prices slipped 3.5 percent, dragging the CPI down by 0.42 percentage points.

"The core inflation level was stable during the past 10 months, which indicates a relative balance between the aggregate supply and demand in the macroeconomic system," said Guo Liyan, a researcher with the Chinese Academy of Macroeconomic Research, adding that the current CPI uptick was controllable.

The CPI in urban and rural areas posted a year-on-year growth of 3.5 percent and 4.6 percent, respectively.

Consumer prices in the first 10 months rose an average of 2.6 percent from a year earlier, the bureau said.