China's daily air passenger number reached nearly 1.04 million on Friday, a recovery of 61.5 percent compared to the same period last year, as the country is shifting focus on boosting the recovery of economic and social activities with COVID-19 outbreak being effectively controlled, domestically. 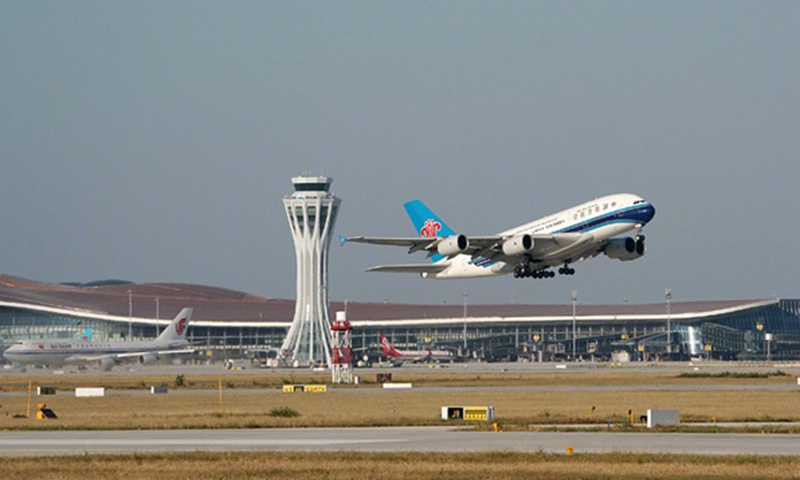 This is the first time the number exceeded 1 million since January 28, while the daily number of 11,333 flights is also a new high since February, data from the Civil Aviation Administration of China (CAAC) showed on Saturday.

The positive change comes from the faster recovery of business and manufacturing domestically in May. Notably, Central China’s Hubei Province, once hit the hardest by the COVID-19, reported a business resumption rate of 91.76 percent on May 31, up 11.17 month-on-month percentage points.

In order to increase travel that is critical to speeding up economic recovery, domestic airlines will restart more flights in June. The Beijing local government announced to further downgrade its COVID-19 emergency response to level-three effective Saturday.

Prior to the announcement, China Southern Airlines said it plans to open 30 routes, with Beijing as the departure point, to cities, including Guangzhou and Shenzhen in South China’s Guangdong Province, and Chengdu in Southwest China’s Sichuan Province, in a bid to meet June travel needs.

Meanwhile, all eligible foreign airlines that previously operated flights to China but are now barred due to virus control measures will be allowed to resume limited flight services to China from Monday, as many domestic and foreign businesses rely on the aviation services to restart operations.

In the wake of the COVID-19 epidemic, the aviation sector saw a plunge in passengers in the early stage of the outbreak. Compared with the pre-coronavirus daily peak of nearly two million passengers, the air passenger number plummeted to the lowest level of 132,900 on February 13, or 7.5 percent of the normal level, according to the CAAC.

With the improvement in the COVID-19 prevention and control situation, the domestic aviation sector gradually recovered since the second half of February. The pace accelerated in May, with an average of 9,487 flights carrying 785,800 passengers daily.