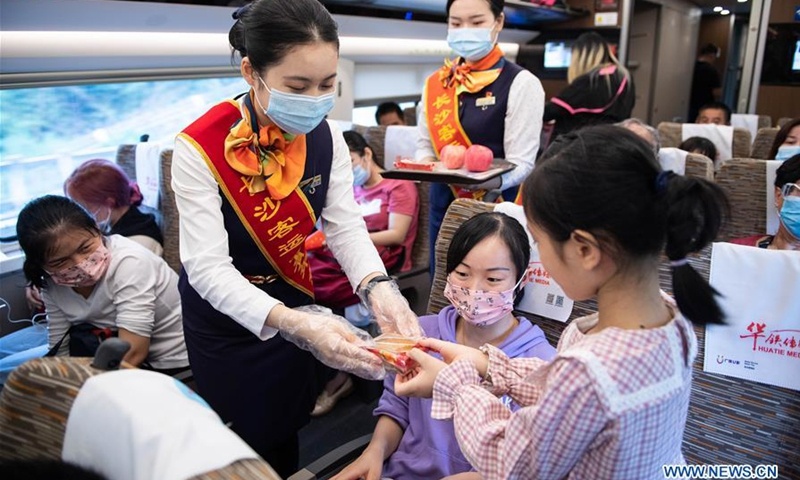 A train attendant hands out a mooncake to a passenger to celebrate the National Day and the Mid-Autumn Festival on Fuxing bullet train G6131 from Yueyang in central China's Hunan Province to Guangzhou in south China's Guangdong Province, Oct. 1, 2020. (Photo: Xinhua)

On Tuesday, a total of 11.3 million railway passenger trips are expected to be made, and 803 additional trains have been put into operation to handle the spike in trips involving tourism and family visits, according to the China State Railway Group Co., Ltd.

On Monday, 11.7 million railway passenger trips were made.

The railway operator estimated that the railway passenger trips during the holiday would reach 108 million.

China celebrates its National Day on Oct. 1, which coincided with the traditional Mid-Autumn Festival this year, thus extending the National Day holiday to eight days until Oct. 8.