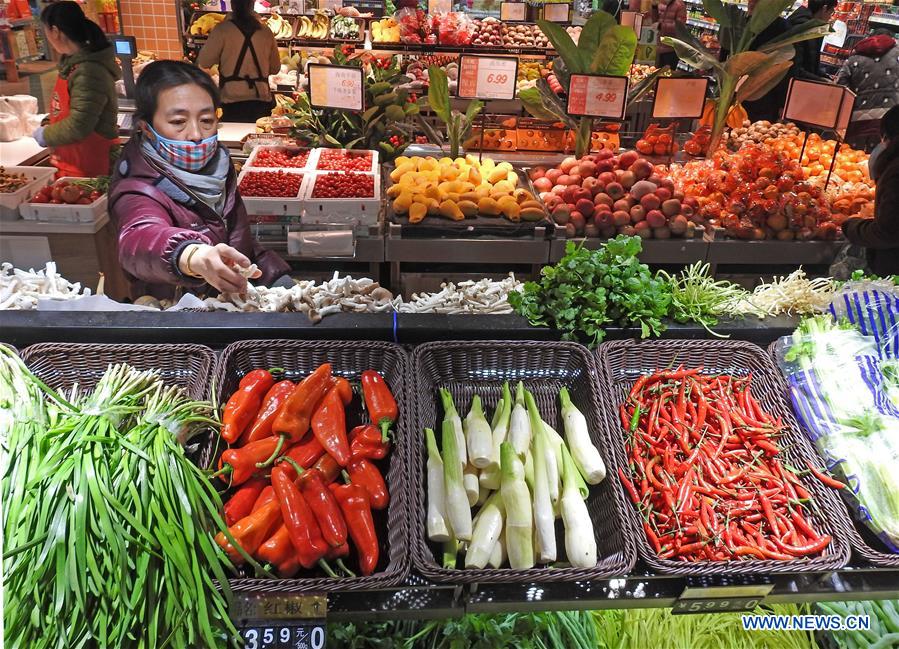 Chinese economists estimate that the country's consumer price index (CPI) rose about 0.2 percent in December, as food costs increased in the winter season, while the pandemic resurgence cut pork imports.

The National Bureau of Statistics (NBS) is scheduled to release the CPI and producer price index (PPI) for December on Monday morning.

In November, as a result of food price declines, the CPI fell by 0.5 percent from a year earlier, the first decline since October 2009. The PPI, which measures factory-gate prices, fell by 1.5 percent year-on-year in November, compared with a 2.1-percent fall in October.

Wu Chaoming, chief economist at Chasing Securities, estimated that China's CPI rose about 0.2 percent in December, as a result of surging food prices.

"For one thing, many vegetables in northern China have to be shipped from southern China because of cold weather, and this added to the costs of those vegetables," he told the Global Times.

For another, the surging pandemic around the world cut pork imports by China, which pushed up pork prices, he argued.

Li Chunding, a professor at the College of Economics and Management under the China Agricultural University, estimated that the CPI probably rose 0-0.1 percent last month.

Wu estimated that the PPI fell about 0.4 percent in December, narrowing its contraction from a month earlier as a result of raw material price hikes.

The government is set to announce the 2020 GDP figure in a few days. Li estimated last year's economic growth at 2-2.5 percent, as consumption and investment grew continuously and exports returned to near-normal.

However, both experts cautioned that China's economy faces uncertainties as the pandemic is still spreading violently in overseas countries, while sporadic outbreaks in certain Chinese cities also cast a shadow on the country's economic prospects.

"If the coronavirus situation worsens again, it will drag on CPI and GDP growth," Wu said. He predicted that China's CPI will rise about 1.5 percent in 2021, unless there are unexpected events.