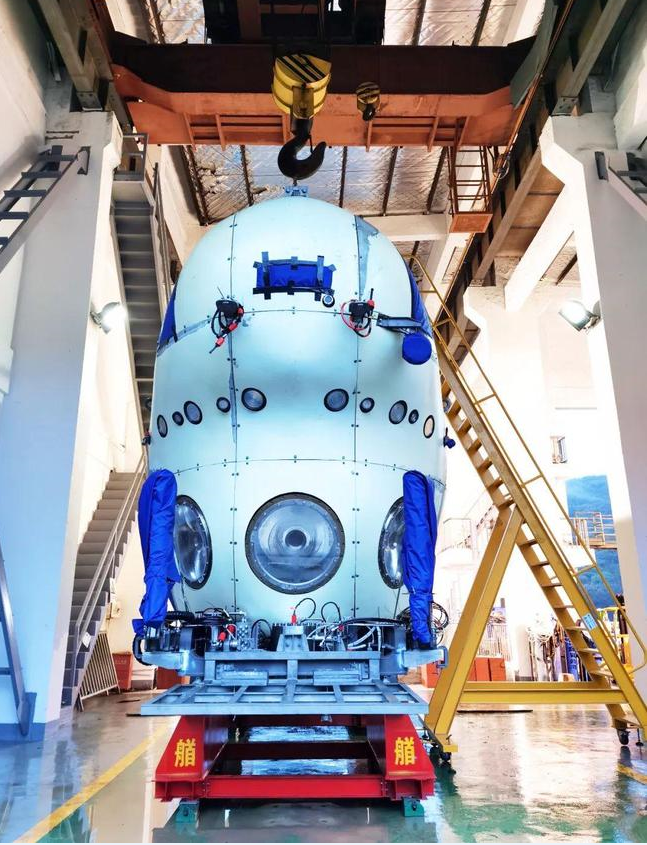 "Fendouzhe" is the world's deepest-diving manned submersible, capable of carrying up to three passengers to conduct scientific research in the deep sea. The instrument is electrically powered and can operate for around 10 hours underwater.

Almost all the vehicle's technologies and instruments were developed by Chinese researchers, according to the China Ship Scientific Research Center.